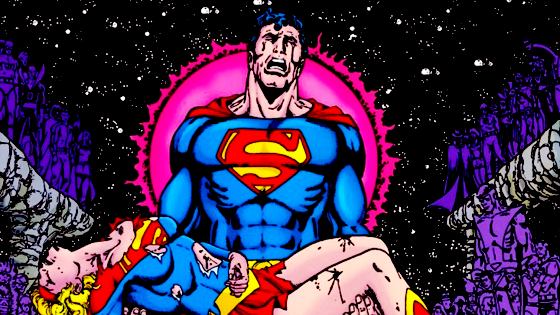 Fuck continuity. It serves, more often than not, only to incite fanboy rage and nit-picking. I don’t think it’s a coincidence that most of my favorite comic tales are Elseworlds or tales that take place in the future. They’re liberated from constrains that serve more to jerk off history than to give the world a richness. I’m feeling you, John Hodgman!

“Comics have a problem, and that is continuity — the obsession with placing the characters in an existing world, where every event is marked in canon. You’re supposed to believe that these weepy star boys of now are the same gung ho super teens fighting space monsters in the sixties, and they’ve only aged perhaps five years. It eventually strains credulity, and can shackle a writer who wants to try a something new. Very few narrative forms have to deal with this principle, and a fan base that gets mad when it’s violated, except for maybe soap operas (which is what comics are).  So there are these periodic memory wipes and start-overs. But to me, it never felt right with the Legion. There are just too many of these kids, none of them is iconic, the whole pleasure is the continuity– the evolution of comic styles and sensibility encoded in their being.”

– author, humorist and Legion of Super-Heroes fan John Hodgman, on why the DC Comics property has been rebooted so many times over the past 55 years