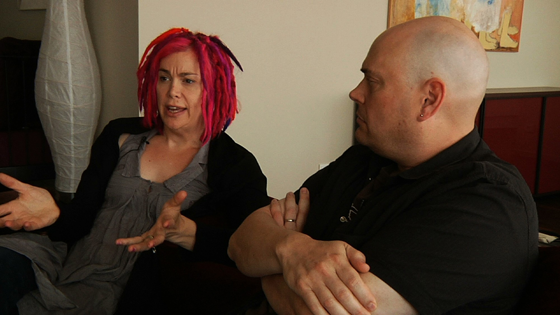 I wasn’t sold on the whole Cloud Atlas thing until I caught a trailer for it before Looper. Then I was all intrigued and shit! What is goig on? Dost I maybe dig the duo still? So yeah. Maybe the Wachowskis have rallied. Or at least gotten a bit ambitious. Now if they could pull off a space opera on TV? Goodness me.

Now that Andy and Lana Wachowski’s latest movie Cloud Atlas is nearing its premiere date, rumors are spreading that their next project (possibly after the film Jupiter Ascending) could be a TV series, titled Sense8.

While very little is known about this TV series, Variety is reporting that the director duo has teamed up with Babylon 5 creator J. Michael Stracynski to develop the story. And we have our fingers crossed that these three creators will stay in their genre wheelhouse and produce the space opera the small screen so desperately needs right now. And in even better news, the trade says the Wachowskis are supposed to direct a few episodes of the mystery show. We can not wait to see these two tackle this medium, especially with a cable budget from someplace like HBO. But until we know more we’ll have to make guesses about the project based on the title alone,Sense8.