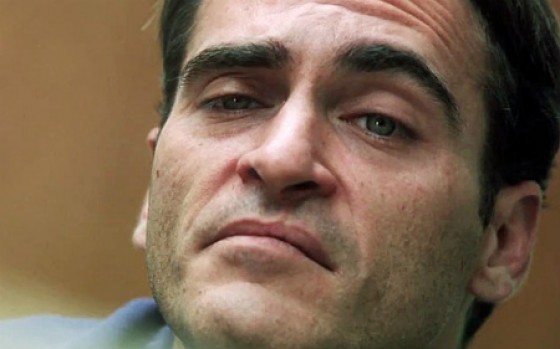 Speaking always out of the side of his mouth, brandishing a Popeye squint, alcoholic Navy veteran Freddie Quell (Phoenix) is an unpredictable force of self-destruction. We first meet him as he’s cutting loose on the beach, mixing up some coconut alcohol potion. The fact that Freddie can make hootch out of anything in reach is an essential point to the story. It’s like his superpower. After his discharge he’s diagnosed with a nervous disorder (most likely post-traumatic stress) and returns to civilian life where he becomes a Sears portrait photographer. His charm is on display as he interacts (and necks) with a female co-worker, but when he assaults a male customer Freddie’s violent “disorder” bursts through in one of the most gloriously directed moments of the film.

This is Phoenix’s first role since coming out of his faux-retirement and while he was a strong actor before, his performance as Freddie is one for the history books. He eclipses everything he’s ever done in the past – surpassing the very act of “acting” and becoming Freddie the baneful boozer in body and boner. His squinting and hunchback ballet are only broken by his massive, unnerving grin (Phoenix’s cleft lip is put to unusual use) and comedic muscles. Honestly, this movie is hilarious. During his “audit” with Hoffman – an incredibly revelatory and visceral scene – he’s asked “Are you unpredictable?” After a contemplative pause, Phoenix rips ass. I missed the next question because I was still laughing. 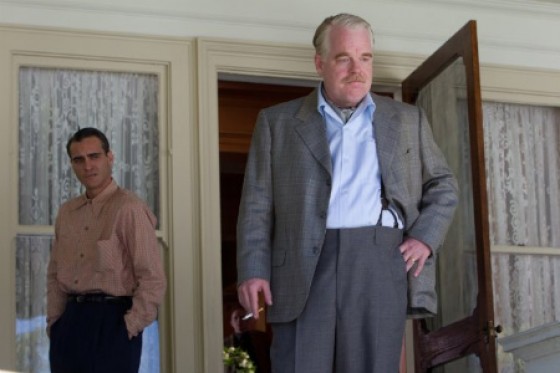 After possibly killing a migrant worker with one of his paint-thinner concoctions, Freddie stows away on a ship departing San Francisco for NYC. There’s a party on-board, hosted by pseudo-mystic author Lancaster Dodd (Philip Seymour Hoffman). Dodd recognizes how dangerous Freddie is, but keeps him aboard to be his personal bartender and in hopes to “cure him.” Dodd’s cult, The Cause, believes that through hypnosis-like exercises man can be relieved of his primal impulses. Curing Freddie (who up to this point we’ve seen jerk off into the ocean after finger-banging a sand-woman) turns out to be a challenge.

As Dodd brings Freddie deeper into The Cause the two further believe that they are connected on a cosmic level. Their relationship moves a lot like a traditional movie romance: seduction, devotion, smashing toilets, calling each other dirty words, betrayal. This relationship drives the film. The criticism of Scientology is light. PTA looks at the appeal of cult life (horny women!) more than trashing them. The drama peaks when Freddie starts to suspect Dodd is a fraud and Dodd suspects Freddie can’t be tamed – a notion supported by Dodd’s buzzkill wife (Amy Adams). The storyline plateaus a bit after this point, but the film remains hypnotically captivating nonetheless. 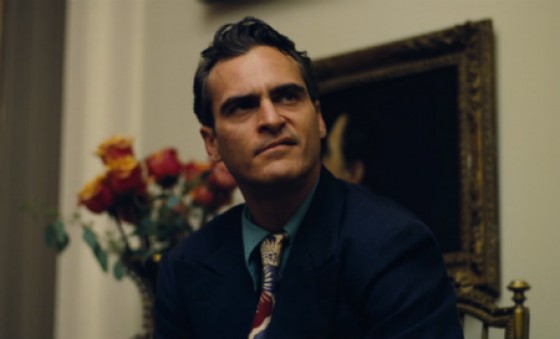 People have been whining that The Master is hollow and lacks a clear point. People are going to be arguing about this for a long time, I think, but here’s the point I walked away with: Freddie is an animal and no amount of brainwashing or hypnosis can “cure” him. The film examines his primal nature – its origins, enablers – and concludes with him seemingly unscathed by the mystical bullshit. The film’s final minutes drive this idea home. The closing scene made me think of the final moments of A Clockwork Orange (“I was cured, all right!”) when all the aversion therapy in the world couldn’t cure lovable sociopath Alex. Like Alex, Freddie is a boozing, insatiable pervert and all the thetan therapy in the world won’t change that. Freddie would fart in Xenu‘s face if given the chance.