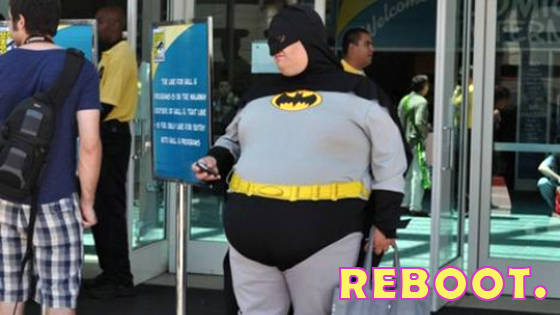 Woe be to the guy or gal who has to reboot Batman after Christ Nolan just rocked it out of the park for the past seven years. The latest rumor is that the rebooted Batman won’t make an appearance in his own flick until after the Justice League movie.

Zack Snyder’s Man of Steel is scheduled for June 14, 2013; WB is dead set on rebooting Batman; and the script for Justice Leagueis currently looking for a director. Some of the many mysteries beyond that are the links between those films, release schedule and how they’ll deal with a new Batman.

One of those questions may now have an answer.

The news comes from Batman on Film, a really great site for Batman film news. Here’s what they have to say:

Said reboot will come after the JL film, not before. Therefore, the new cinematic Batman will be introduced in the JL film as opposed to a solo film. This would, according to my industry “FOBOF,” assure the new Batman film series will be part of a “DC Cinematic Universe.”

This would be the opposite direction Marvel took, making a bunch of movies and building up to The Avengers, but there’s no reason starting with the team up couldn’t work in a similar fashion. Fans will see a story featuring these heroes, who all just happen to exist already (hopefully, we’ll already know about Superman if Man of Steel is canon – that’s yet to be confirmed) and after they finish this story, they can go off on their own.

By doing this, Warner Bros. will also avoid one thing fans have been adamantly arguing against: another Batman origin story. By now, we’re smart enough for Batman to just be Batman. Hint to the backstory, briefly show it, but build off heat from Justice League and move on from there. I like this idea.