Archives
« Stallone Stays Kicking Against the Pricks
Fiona Staples on the madness she has to draw for ‘SAGA #7’; I am excite. » 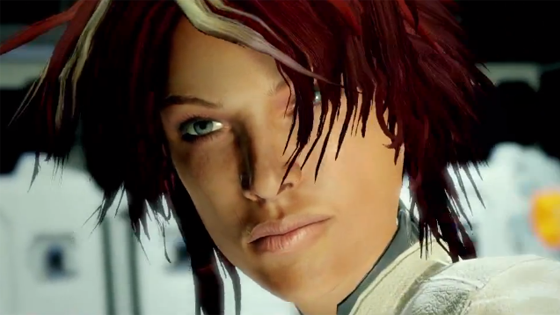 Hell yeah! Capcom is teaming up with developer Dontnod to hang this fucking gem upside my head. Take a total nerd-spot milking cyberpunk environment, throw in some overwrought Inception pandering. Mix it with a gorgeous battle system and cover system. Watch Caff-Pow writhe.

Capcom unleashed a big surprise for Gamescom 2012 attendees during its annual press conference in the form of a trailer for Remember Me, a third-person action game set in a cyberpunk world from French developer Dontnod. The game was previously revealed as Adrift during the 2011 Gamescom festivities, but the trailer outs a new title.

It also shows off a sweet-looking game set in Paris circa 2084. Nilin is the star of the show, a so-called “memory hunter” — a person charged with erasing people’s memories — who has her own memories erased. She sets out to figure what happened to her and why after she wakes up locked away in France’s Bastille prison.