Stallone Stays Kicking Against the Pricks 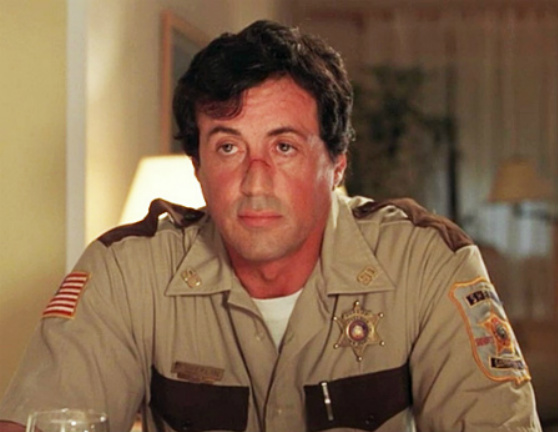 The Expendables 2 comes out this weekend and while it looks like fun, I’m going to wait for the DVD. It pains me to say this because I honestly love Sylvester Stallone. With Rocky Balboa in 2006 and Rambo in 2008, he revisited the two roles that made him one biggest stars in the world and ended a shaky lull in his career. These two movies led to The Expendables and a pseudo-ironic revival of the big-budget beefy action genre. Mr. Stallone is a busy man once again. But to me, he’s always been at his best when his biceps mirror his heart and his fierce defiance against the pricks in power.

For all their bulky brawn, Stallone’s greatest characters have always been essentially like big children: Rocky, John Rambo, Freddy Heflin, Cosmo Carboni, etc. That’s not to say movies like Cobra and Nighthawks don’t hold a special place in my soul, but I like my hunks vulnerable. Stallone always makes these types of roles feel the most authentic and the most moving. The “what about my prime” speech in Rocky still destroys me. It’s hard for me to watch his “not my war” breakdown at the end of First Blood. Not because of the delivery, but because of his shocking realness. He’s like the guy Springsteen is always singing about. That genuine gruff sensitivity can be traced through Stallone’s background. He wasn’t discovered in a gym or working as a model when the spotlight was thrust upon him. He fought for that shit. 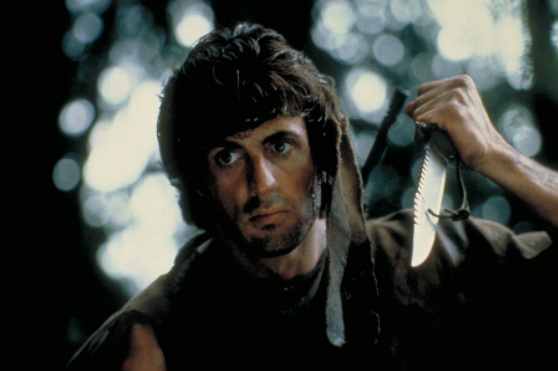 When Stallone was born, complications caused the doctors to yank him out with two pairs of forceps. This action severed many nerves – leading to permanent paralysis on the lower left side of his face. This led to his signature slur, which couldn’t have been easy to cope with when he was a kid. Stallone was raised in Hell’s Kitchen by parents struggling to keep their marriage together. His father was a beautician and his mother was an astrologer/women’s wrestling promoter. During their tumultuous marriage, Stallone was kicked around to different foster homes until his mother took him along to Philly. There she opened a women’s gym called Barbella’s.

After attending military school and the University of Miami, Stallone moved back to NYC where he lived the hardships of a struggling actor most contemporary pretty-boy action stars will never have to endure. He hocked furniture and jewelry. He slept in his station wagon and in the Port Authority for weeks. Desperate for money, Stallone starred in a low-budget softcore porno, The Party at Kitty and Stud‘s, for which he was paid $200. He managed to grab small roles here and there, and eventually he sold the script for Rocky. At the time he had $106 to his name and was trying to sell his dog since he couldn’t afford to feed him. Even with money waving in his face, he refused to sell Rocky unless he could star in it. 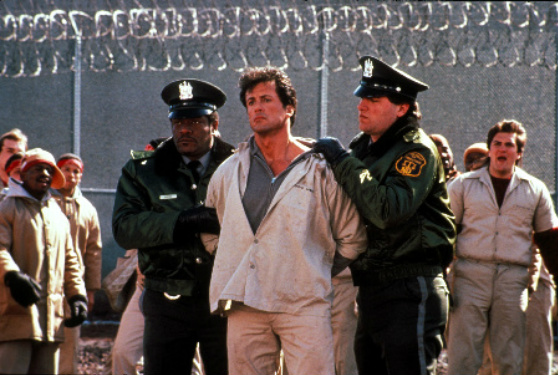 Following the huge success of Rocky, Stallone starred in several bombs, including Paradise Alley, another script he had written.Then Rambo came along and arguably saved his career. The script had been kicking around for awhile and a laundry list of leading badasses turned it down – including De Niro and Kris Kristofferson. Stallone did too at first. Then he decided to take a different approach to the character of John Rambo. He saw him as a monster created by Uncle Sam instead of Frankentstein. A childlike drifter able to suppress the horrors of war burned into his psyche until those shit-kicker cops in Hope, Washington step up.

Remarkably Stallone manages to play Rambo with that same kind of innocence that made Rocky so memorable. This time it’s like a child who survived hell. Rambo’s an ex-Green Beret who can tear through a police station with his bare hands, but Stallone brings a breath of tenderness to the role. When we first meet him he’s visibly nervous and shy as he approaches the widow of one of his war buddies. This same wide-eyed guilelessness can be seen in his Freddy Heflin character in Cop Land and vague traces of it can be found in his role as Frank Leone in Lock Up. 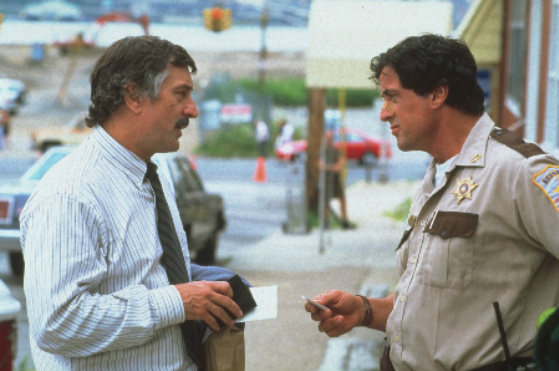 After Rocky, Cop Land (1997 dir: James Mangold) is my favorite Stallone film, nearly rivaling Rocky. It’s a sweeping tale of corrupt cops populated with a huge cast of interesting characters with an ambitious script as dense as Dickens. In the behind the scenes featurette on the Lionsgate 3-disc Stallone set, many of the actors, including Stallone, explain that they agreed to work on “scale,” which is basically minimum wage for SAG members. They all wanted to be in the film, regardless of the paycheck. Despite his huge frame (Stallone gained 40 lbs for the role) this one is all heart. He plays Freddy Helfin, a half-deaf sheriff in Garrison, NJ, a town oozing with corrupt cops. Freddy’s handicap prevents him from becoming a “real cop” and the residents of Garrison have no problem constantly bullying him about it.

In Lock Up (1989 dir: John Flynn), Stallone’s role is flipped. This time he’s an inmate – albeit model inmate, Frank Leone. Frank’s finishing up his time for a bogus assault charge in a minimum security prison. One night he’s taken from his cell and transferred to the shittiest prison in the U.S., where evil warden Donald Sutherland dominates with a scowl. He’s got an age old beef with Frank, who escaped from a Sutherland-run prison before and made him look like a huge tool in the press. Frank is put through the wringer by guards, inmates, and Sutherland. This film’s more about Stallone’s bulk than heart, but the ending still satisfies and there are hints of that artless innocence in Frank Leone. 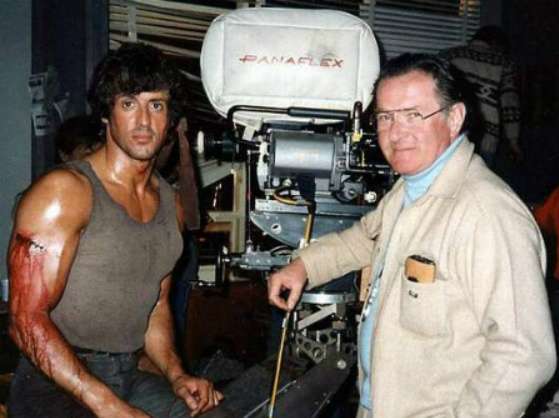 Lionsgate’s 3-disc Stallone set contains the discs from the regular DVD editions of First Blood, Cop Land, and Lock Up. The latter has the weakest special features: a brief featurette containing short interviews with cast and crew and some production notes (remember when you had to read special features?). Cop Land has a great commentary track by Mangold, Stallone, and Robert Patrick, along with a brief featurette.

First Blood has the silliest special feature ever concocted by man: “Survival Mode.” This feature allegedly “enhances” your viewing experience. It’s a bunch of poorly designed “military” interruptions like zooming maps and laser sight targeting nonsense. It’s frustrating more than enriching. The commentary by Stallone is fantastic though. The amount of injuries he sustained during filming is ridiculous.

There’s always one blemish in these bare-bones sets, and Lock Up is the whitehead here. If you don’t own the First Blood or Cop Land DVDs though, this is an affordable way to go. He might be past being able to pull of the sensitive hulks he used to, but at least there are sets like to revisit them.