Face of a Franchise: Peter Parker! 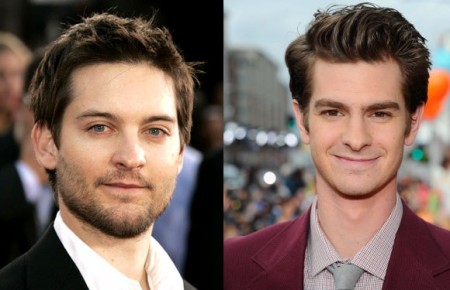 It’s not hard to see why Peter Parker is one of the most popular characters in all of comics-lore.

Who amongst us hasn’t sympathized with Parker’s plight? Unless you have a callused smoldering lump in place of a heart, you have to feel for this kid’s home life – absentee parents, dead uncle, sweet old aunt who’s always struggling to pay the bills. At school, Pete’s an unassuming nerd-bomber who just wants study science, but usually finds himself being targeted by every varsity jacket-wearin’ meathead. Things aren’t much better at the office for Pete, as his boss is an absolute maniac.

And those rare instances in which Parker actually scores a busty blond or a smokin’ redhead? Well, they usually end in either death or a satanic rearranging of reality.

On the other hand, when Pete dons his superhero duds, he becomes one of the wildest figures in the Marvel Universe. Why’s that? Well, just think of exactly what it is that Spider-Man does. He swings across the highest reaches of New York City’s skyline.  He utilizes a tingly Spider-sense and shoots webs. He routinely he smacks around the Sinister Six. And while he’s doing all of this, he talks trash with a panache that would impress even the MC at the Player Hater’s Ball.

But with so many different attributes, it must be incredibly difficult to portray this arachnid of amazing fantasies. Any actor assuming the role has to not only be vulnerable and disadvantaged as Parker, but also empowered and quip-witted as Spider-Man. Fortunately, moviegoers have been fortunate enough to have had a couple of capable actors at the helm.

From 2002-2007, Tobey Maguire swung across movie screens as the titular figure of director Sam Raimi’s Spider-Man Trilogy. Through the course of these three films, Maguire did his part to fold the character further into the pop culture fabric by introducing audiences to some of the Web-Head’s classic storylines. Before Tobey Maguire came around, how many folks on the street would’ve been able to describe Doc Ock? So although many consider Spider-Man 3 to be a disjointed, half-baked mess, it’s hard to deny the notion that Tobey Maguire furthered the myth that Stan Lee and Steve Ditko began in 1962.

However, Maguire was officially succeeded in 2012 as Andrew Garfield starred in The Amazing Spider-Man. Although some critics were quick to deride a reboot that was launched barely five years after Raimi’s final foray into web-slingin’, Garfield excelled in honoring Maguire’s legacy while pushing Peter Parker into some new terrain. Although it’s too early at the time of this writing to see where the dust settles in regards to this flick, Andrew Garfield’s performance in undoubtedly going to be remembered as one of its strengths.

Again, it’s easy to see why fans love the character – Peter Parker is a lovable loser with sympathetic woes and Spider-Man is a justice-seeking hero.

When it comes to the Peter Parker/Spider-Man two-pack, who is your actor of choice? Tobey Maguire or Andrew Garfield?