The Meming of Life: Prometheus

It’s that time again. Time to shove our meaty paws into the depths of the internet grab bag and see what fun prizes we can scoop out. And this week is a treat: Pro-me-the-us! The film’s stunning visuals were like whipped cream on a pile of shit. But we already knew that from our more scholarly interpretations found elsewhere on Spaceship OL. Now we get to check out what other sardonic assholes thought, in the medium of meme.

But first a quick story: As I sat in the dark Imax theater, gf reluctantly en tow, the movie began as normal, until we soon realized there was a heckler in our midsts. Not the kind of Mystery Science Theater heckler, who’s articulate comments would be funny and welcomed. No, this was some dumb idiot, who would say things like “Bow chicki wow wow” every time there was a hint of sexuality. His comments grew worse and worse, until I was visibly turning my head around to scowl, as he was ruining a movie that was awful enough on its own.

Eventually, my mind began to wait for his comments in order to filter them out, like Chinese water torture. The experience was thoroughly ruined. When the movie ended, I stood up and expected to see an awkward, college-aged boy sitting in the offending seat. I had plans to set him straight, teach him a lesson on common courtesy. But instead, I saw a haggard looking 40-something, who definitely knew better. Suddenly, my mind rang out “It’s a trap!”, thinking he knew what he was doing, and was probably TRYING to stoke a confrontation. Probably so he had an excuse to shoot someone, ala Trayvon Martin.

So I cowardly left the theater with my tail between my legs. When I turned back to make sure the gf was with me, she was no where to be found. I looked back up towards our seats, and she was engaged in a face-to-face death stare with the offending party. I was too far to hear what was said, and I’m not even sure anything was said. But boy did I feel like less of a man, when I saw her handling the situation like a momma grizzly. When I asked her what happened, she declined to comment. I didn’t push her, for obvious reasons.

But the heckler did give me the idea to see what the world of meme was thinking in regards to the flick, so I spent the rest of the weekend feeling like less than a man, and scowering the internet for Prometheus memes. Below are my results. Enjoy.

As always, share your favorites in the comments, so we can all gauge where your your sense of depraved humor lies on the spectrum of indecency. 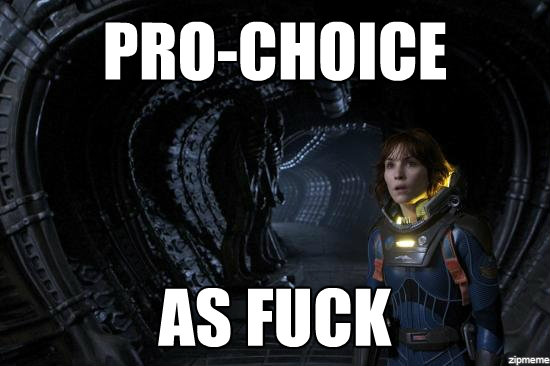 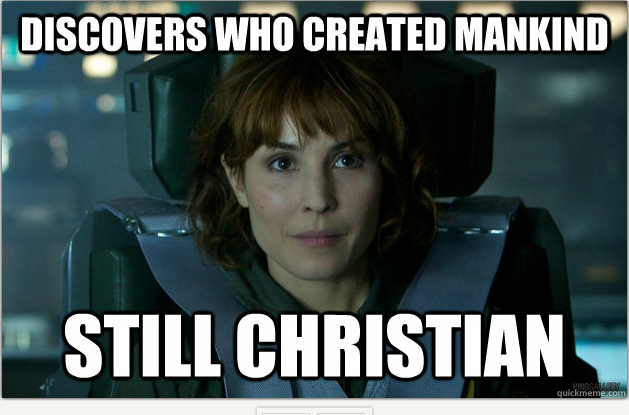 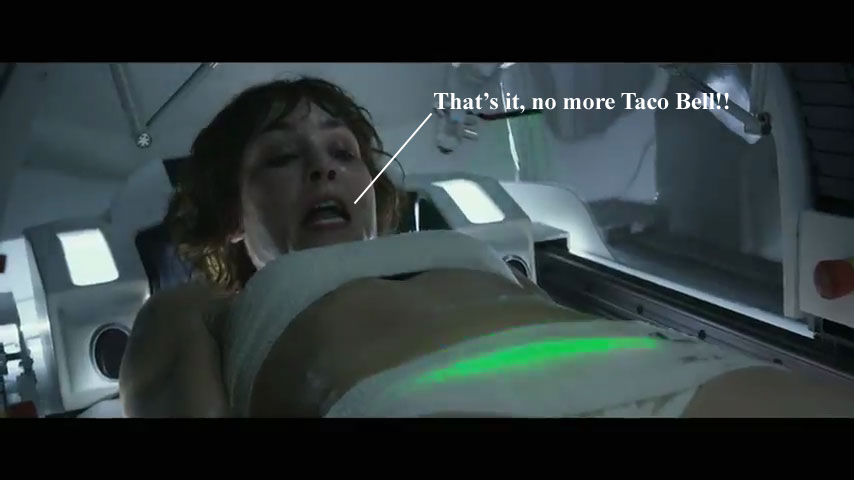 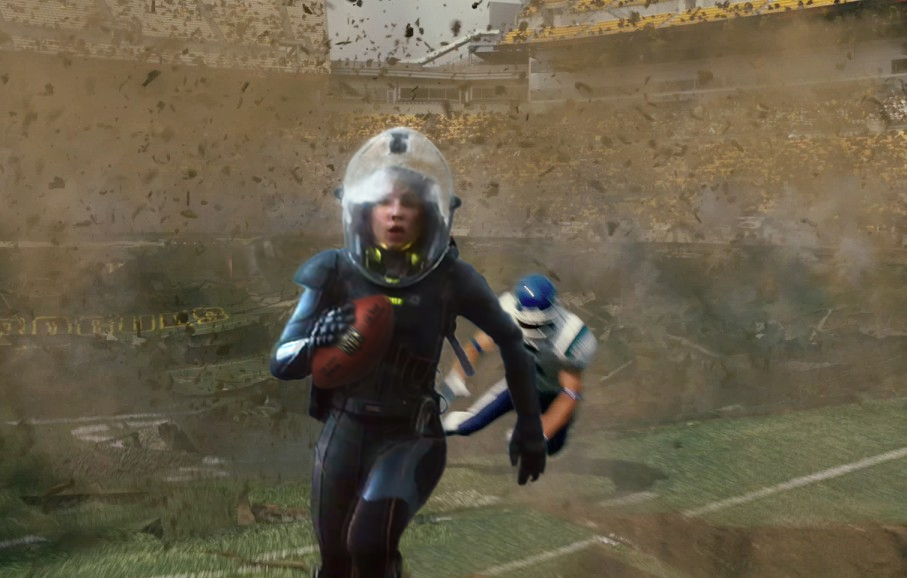 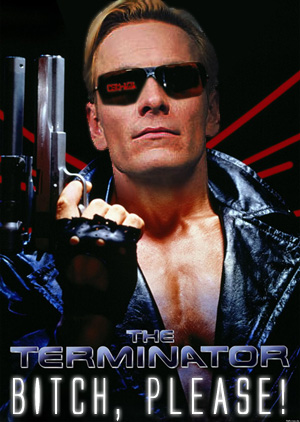 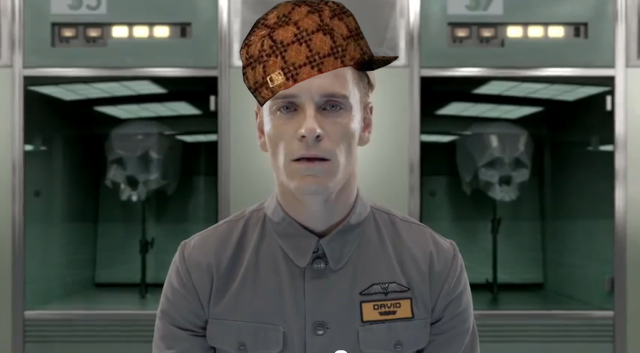 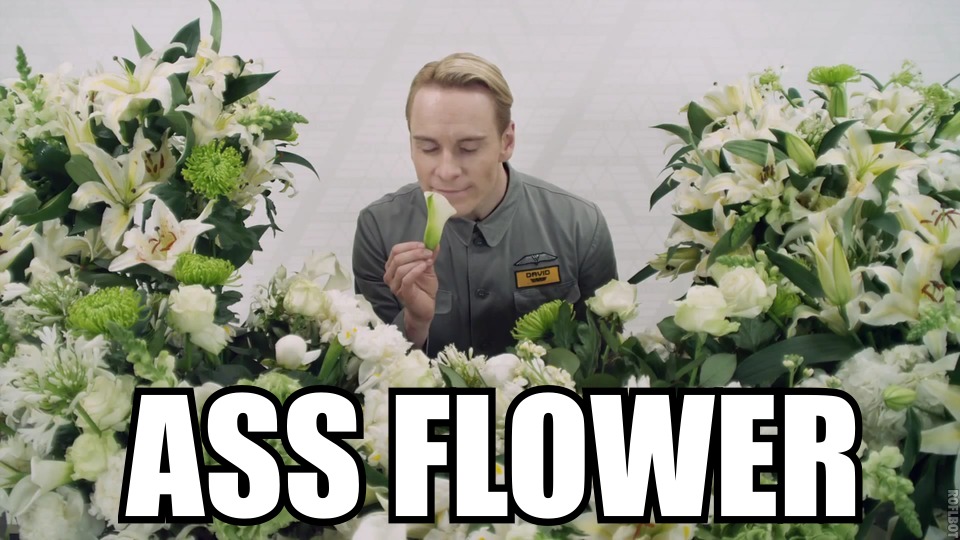 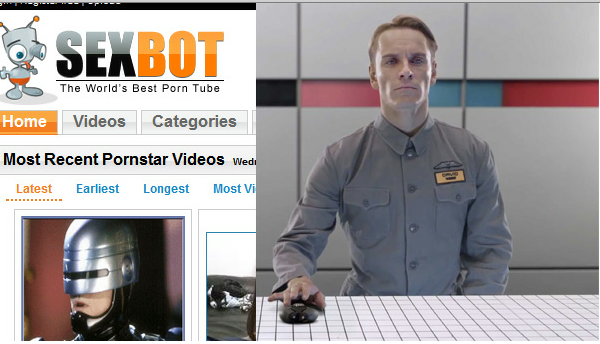 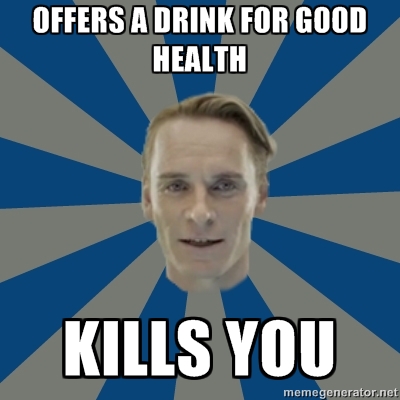 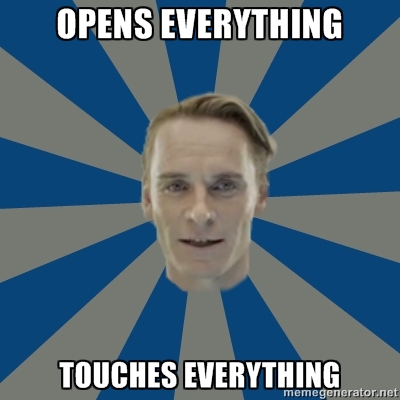 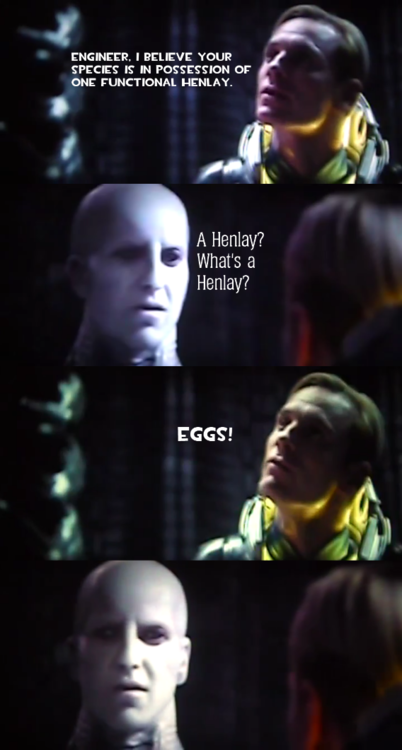 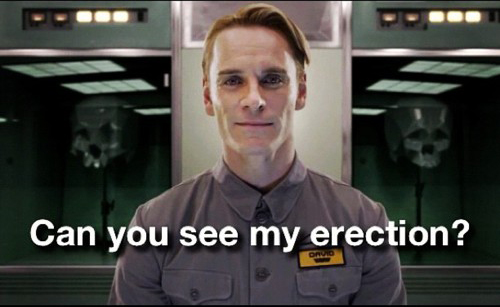 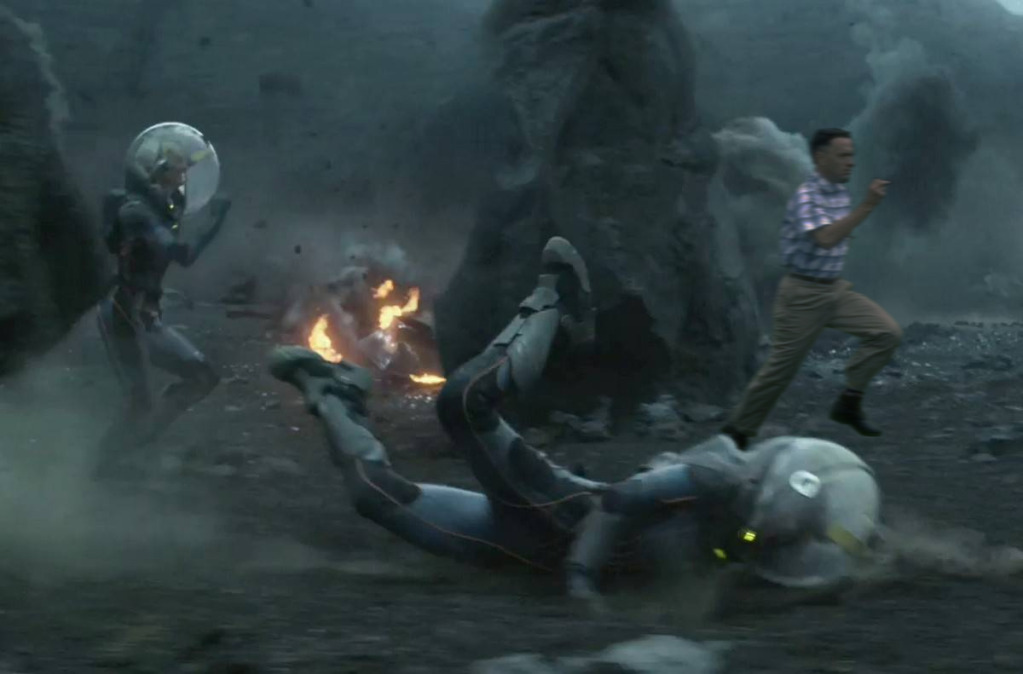 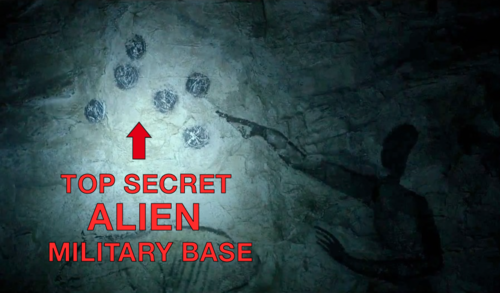 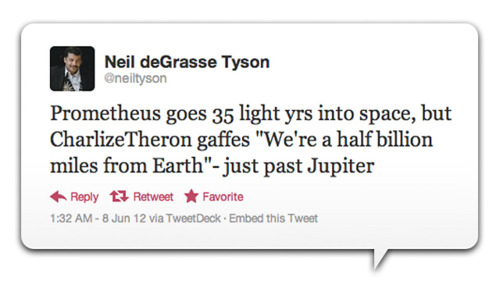 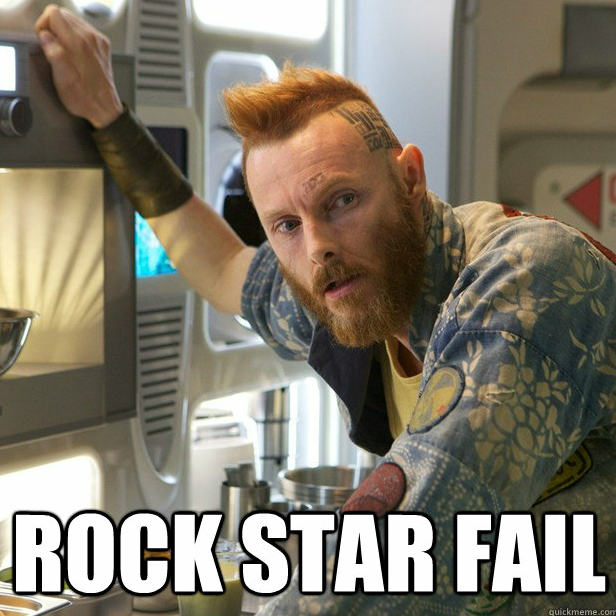 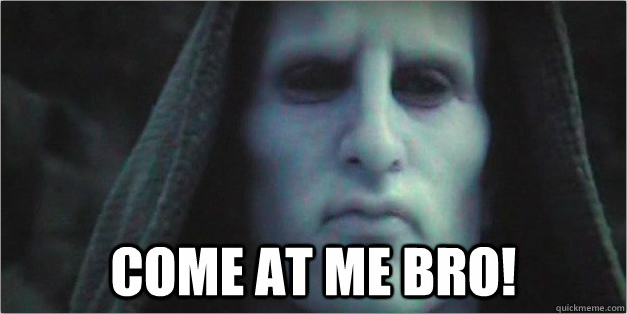 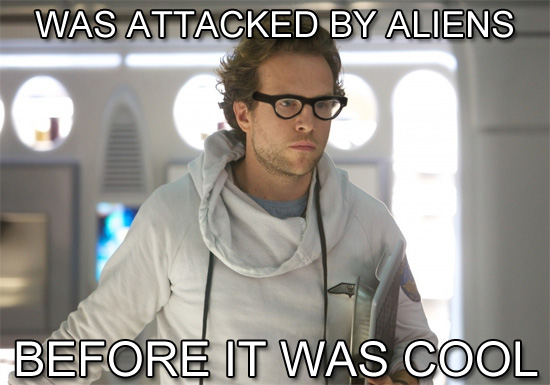 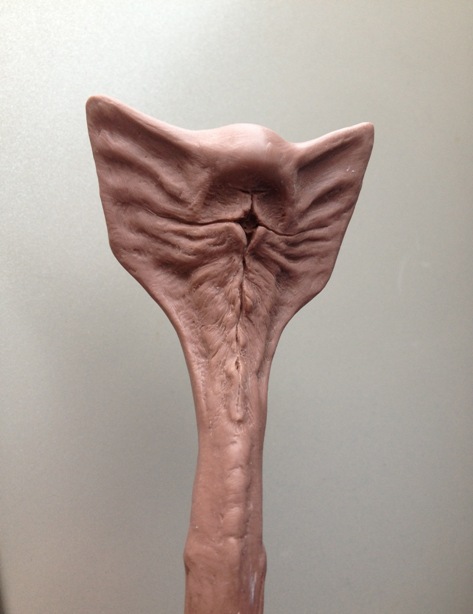 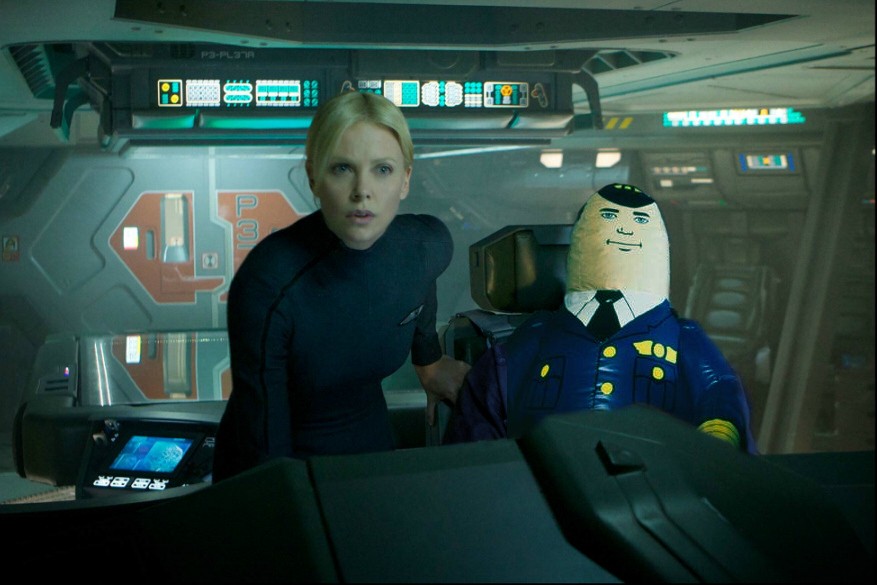 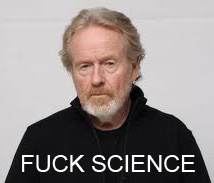 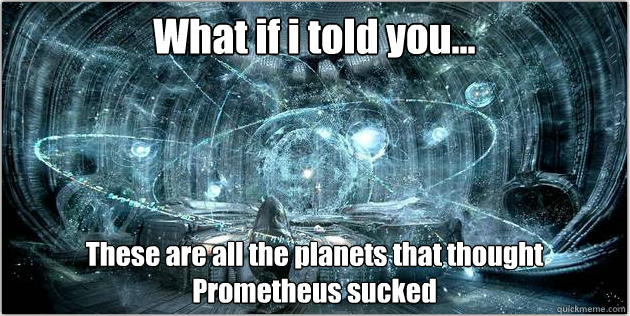 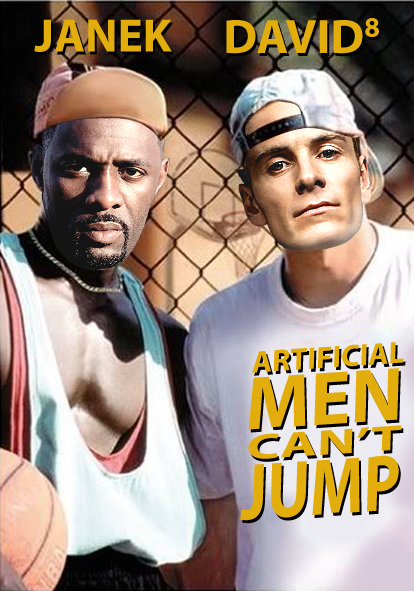 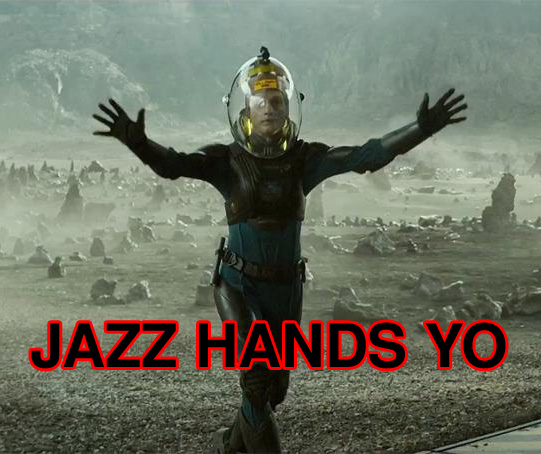