Nintendo Reveals their “WII U” Hardcore Controller; They Just Rip Off Microsoft. 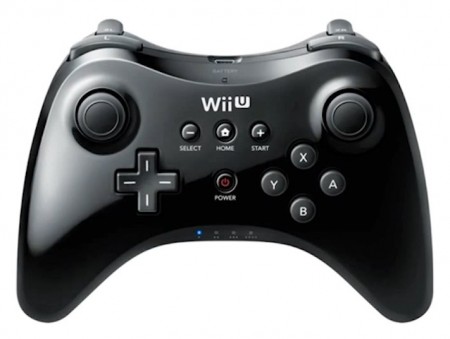 Nintendo has revealed the controller for the Wii U. You know, the actual  controller. Much like their tablet-monstrosity smacks of an iPad, their “pro” controller looks like a repainted Xbox 360 controller. I can’t complain too much however, since the source they’re ninjaing is the best controller on the market.

Today, Nintendo revealed a  brand new game controller  for the Wii U. It’s aimed right at the hardcore. And boy, talk about déjÃ  vu.

Dubbed the Wii U Pro Controller, it looks very much like the Xbox 360 controller–not just in color, but also, in shape. There are shoulder buttons and what look to be triggers (which pretty much every controller has). The upper middle of the controller has three buttons, with a Home button on both (the Xbox 360’s, of course, is bigger).

But what really sells it is the bevel–the finish. See how the Wii U controller cuts to an angle between the front and the shoulder buttons? See that flat ridge? If you were fumbling around in the dark, you might get them confused.

Like I said, it looks like a real controller. Nintendo hasn’t had one of those since….the SNES? #Shotsfired