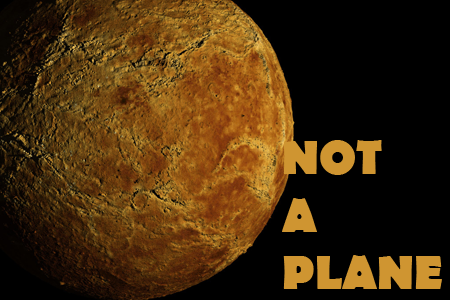 Venus was brighter than a mofuckah’ outside a couple of nights ago. Prompted the girlfriend and me to stare in appreciation, as I waxed cosmic talking about (I’m sure she was bored) how “that’s really a planet up there” and “isn’t that fucking sick that it’s really real” and shit. I thought I was losing my cool, but this pilot one-upped me. Big time.

“Under the effects of significant sleep inertia (when performance and situational awareness are degraded immediately after waking up), the first officer perceived the oncoming aircraft as being on a collision course and began a descent to avoid it,” Canada’s Transportation Safety Board said.

In other words, to avoid steering his plane directly into Venus, the captain immediately plunged the 767 downward 400 feet toward the Atlantic Ocean, causing passengers to fly out of their seats–seven required hospitalization.

Shit man, you got me beat.