Archives
« Mark Waid SELLS ALL HIS COMICS To Go All In On Digital Comics
Now Listening: Odd Future – “Oldie” »

‘MASS EFFECT 3’ Ending To Be CHANGED: BioWare Strikes Back … At Our Wallets. 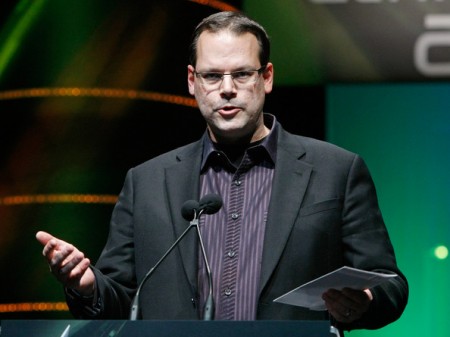 Looks like those out there will have closure on the end of Mass Effect 3.   This press release comes from BioWare co-founder Ray Muzyka.   It pretty much confirms that DLC will pick up where the very brief ending left off.     Check out the jump for more.

As co-founder and GM of BioWare, I’m very proud of the ME3 team; I personally believe  Mass Effect 3 is the best work we’ve yet created. So, it’s  incredibly painful to receive feedback from our core fans that the game’s endings were not up to their expectations. Our first instinct is to defend our work and point to the high ratings offered by critics — but out of respect to our fans, we need to accept the criticism and feedback with humility.

I believe passionately that games are an art form, and that the power of our medium flows from our audience, who are deeply involved in how the story unfolds, and who have the uncontested right to provide constructive criticism. At the same time, I also believe in and support the artistic choices made by the development team.  The team and I have been thinking hard about how to best address the comments on ME3’s endings from players, while still maintaining the artistic integrity of the game.

Mass Effect 3 concludes a trilogy with so much player control and ownership of the story that it was hard for us to predict the range of emotions players would feel when they finished playing through it.   The journey you undertake in Mass Effect provokes an intense range of highly personal emotions in the player; even so, the passionate reaction of some of our most loyal players to the current endings in Mass Effect 3 is something that has genuinely surprised us. This is an issue we care about deeply, and we will respond to it in a fair and timely way. We’re already working hard to do that.

To that end, since the game launched, the team has been poring over everything they can find about reactions to the game — industry press, forums, Facebook, and Twitter, just to name a few. The Mass Effect team, like other teams across the BioWare Label within EA, consists of passionate people who work hard for the love of creating experiences that excite and delight our fans.   I’m honored to work with them because they have the courage and strength to respond to constructive feedback.

Building on their research, Exec Producer Casey Hudson and the team are hard at work on a number of game content initiatives that will help answer the questions, providing more clarity for those seeking further closure to their journey. You’ll hear more on this in April.   We’re working hard to maintain the right balance between the artistic integrity of the original story while addressing the fan feedback we’ve received.   This is in addition to our existing plan to continue providing new Mass Effect content and new full games, so rest assured that your journey in the Mass Effect universe can, and will, continue.

The reaction to the release of Mass Effect 3 has been unprecedented. On one hand, some of our loyal fans are passionately expressing their displeasure about how their game concluded; we care about this feedback, and we’re planning to directly address it. However, most folks appear to agree that the game as a whole is exceptional, with more than 75 critics giving it a perfect review score and a review average in the mid-90s. Net, I’m proud of the team, but we can and must always strive to do better.

Some of the criticism that has been delivered in the heat of passion by our most ardent fans, even if founded on valid principles, such as seeking more clarity to questions or looking for more closure, for example — has unfortunately become destructive rather than constructive. We listen and will respond to constructive criticism, but much as we will not tolerate individual attacks on our team members, we will not support or respond to destructive commentary.

If you are a Mass Effect fan and have input for the team — we respect your opinion and want to hear it. We’re committed to address your constructive feedback as best we can. In return, I’d ask that you help us do that by supporting what I truly believe is the best game BioWare has yet crafted. I urge you to do your own research: play the game, finish it and tell us what you think. Tell your friends if you feel it’s a good game as a whole. Trust that we are doing our damndest, as always, to address your feedback.   As artists, we care about our fans deeply and we appreciate your support.

Thank you for your feedback — we are listening.

The story teller in me hates that they are rewriting the ending due to public outcry.   However the fan in me is happy that the artist is listening to their fan base to provide the best product possible.   No matter how I feel I’ll probably still fork over cash for ME3 DLC.