Archives
« Hitch and Ross Market ‘America’s Got Powers’ As ‘Twice As Much As Marvel For $1 Less’
The Weinstein Company Digital Label Picks Up ‘Only God Forgives’, Next Movie From ‘Drive’ Team of Gosling and Refn. » 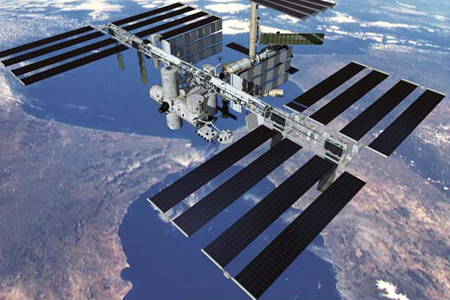 Don’t pay any attention to the last half of the headline. It’s just my Cold War-obsessed brain making something more interesting out of the fact that NASA has exercised their rocket scientist brilliance by losing a laptop. Chock full of unencrypted space station secret info stuff.

NASA is the target of some scary hacks and and digital espionage. But if someone out there has control codes to the International Space Station, it might be because the laptop of some NASA knucklehead was stolen, and  it didn’t have any of the data encrypted.

According to testimony given to the House Committee on Science, Space and Technology, a laptop stolen in March of last year “resulted in the loss of the algorithms used to command and control the ISS”. And apparently at least 48 laptops and mobile devices were lost or stolen between April 2009 and April 2011.

Even though the devices had sensitive information–data on the Constellation and Orion programs, social security numbers, non-NASA research–there is no agency-wide encryption policy for devices. In fact, no one even keeps track of what data is on the devices, so if an employee loses a phone with secure information on it, the only way NASA finds out is if the employee fesses up.