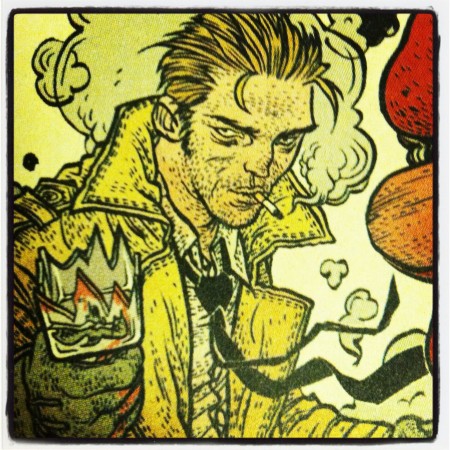 Goddamn do I hate Mondays.

But I’d be a liar to imply that I don’t have a soft spot for the MONDAY MORNING COMMUTE, OL‘s weekly show-and-tell feature. Here’s how it works: I’m going to give you a guided tour of my demented mind, steering you away from the Freudian nightmares and towards the entertainment wet-dreams. After scoping out the monsters lurking in my brain-bone, it’s your duty to hit up the comments section and show off the wares you’ll be using to survive the workweek.

C’mon, you think we’re afraid of the 9-5? You think we can’t survive the daily grind? Bring it on! FLAME ON! 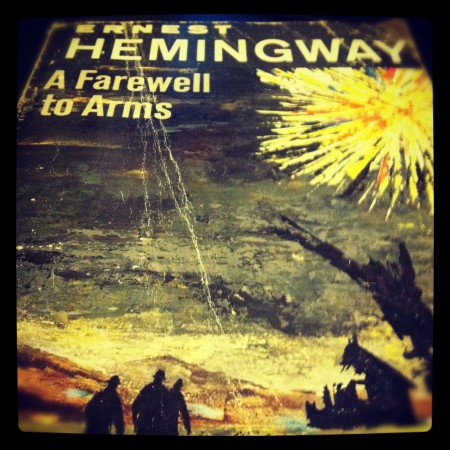 The holiday season is officially upon us! Isn’t it wonderful? Look! There’s a reprobate buying a bottle of Caldwell’s not with food stamps, but cash earned as a department store Santa! And over there — those zealots are reenacting the Nativity, replacing Jesus with a puggle and the afterbirth with jelly beans! How festive!

So how does my inner-contrarian hope to temper the holiday cheer beginning to burn within my heart? Why, by convincing me to read A Farewell to Arms! The novel follows Frederic Henry, an American working for Italy’s military ambulance service during World War I. Of course, all doesn’t go well for Henry, who finds himself engaging not only in conversation and sexual escapades, but mortal combat as well. With Hemingway loosely basing the book on his own experiences in the Great War, there’s an added dimension that encourages the reader to consider the interplay of fact and fiction.

Y’know, there’s truth in our fiction and fiction our truth!

When I first read A Farewell to Arms eight years ago, it absolutely crushed me. Never before had the subjects of love and courage and death been presented to me so unflinchingly. Whereas most writers kill the mood by bludgeoning readers with their grubby ham-fists, Hemingway’s terse sentences and implicit dialogue are the backhanded pimp-slaps of palpable tension and terrifying beauty.

If people bring so much courage to this world the world has to kill them to break them, so of course it kills them. The world breaks every one and afterward many are strong at the broken places. But those that will not break it kills. It kills the very good and the very gentle and the very brave impartially. If you are none of these you can be sure it will kill you too but there will be no special hurry. 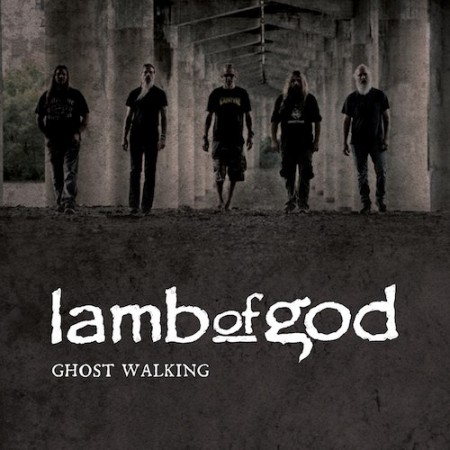 Today saw Lamb of God releasing Ghost Walking, the first single from Resolution (due out in January). I’ve been a huge fan of LOG since 2004, and while I’ll never expect another Ashes of the Wake, I think the Virginia-rockers still have plenty of tricks up their sleeves.

Is this new track the heaviest, fastest, or grooviest Lamb of God has to offer? Hardly.

But I’ll be goddamned if Ghost Walking didn’t get my toes tapping and wrists snappin’ in a flurry of pantomime drumming. 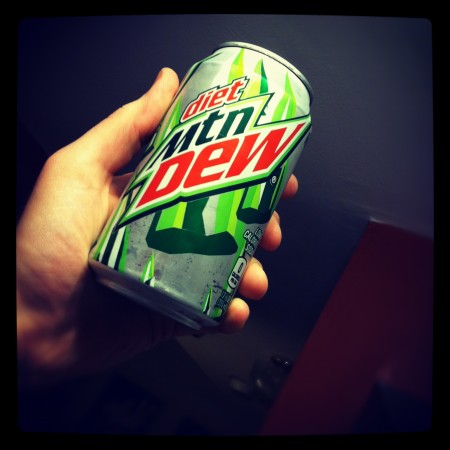 Straight Diet Dew, homie. That’s all I need to get me through the grind.

So there it is. Literature. Metal. Caffeine-slurry. It’s not exciting, but it’s my life.