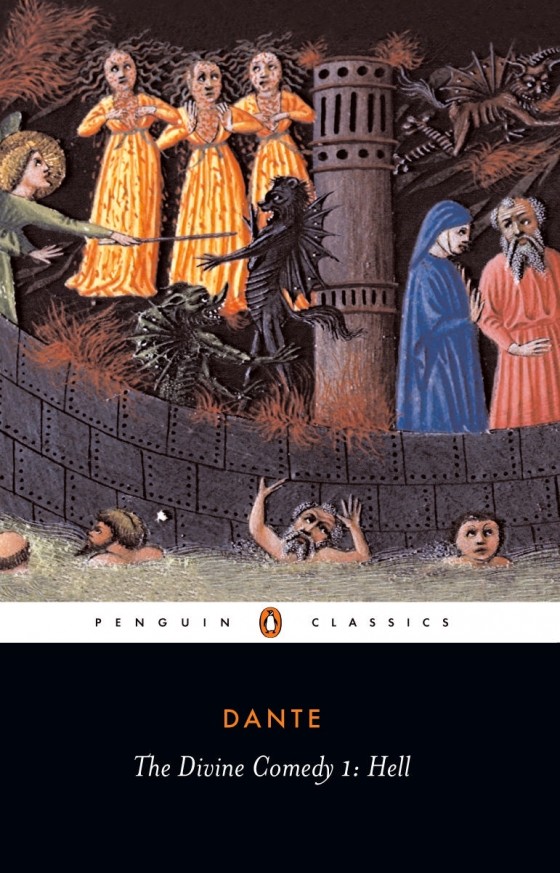 Like any worthwhile annual event, OCTOBERFEAST owes its greatness not only to the current torchbearers but also its precedent-setting pioneers. If not for John Carpenter, we’d be without Halloween and They Live. How many of us would’ve ever embraced horror if R.L. Stine hadn”t made it palatable to our impressionable little minds? Thanks to Stingy Jack, October evenings are   dotted with the warm glow of orange monster-faces.

To all these heroes, and too many others to name, a token of appreciation must be gifted.

But there is another who deserves even more praise. This man has been dead for nearly seven hundred years, but without his poetry we’d be devoid of one of the most fundamental premises of our modern Hallow’s Eve festivities. In truth, had this dude failed to bang out his seminal work, we could very well be bereft of some of the world’s finest horror movies, metal songs, Hot Topic shirts, and ill-conceived biker tattoos.

The fact of the matter is that Dante Alighieri’s Inferno defined Hell with an attention to detail that had never before been conceived.

Inferno is the first section of Dante’s three-part Divina Comedia (Divine Comedy), an epic poem that sees Dante navigating his way through the various strata of the afterlife. The poem starts with the middle-aged Dante finding himself lost in the woods, unable to find his way out, and susceptible to the threats of the many beasts lurking about. So to escape   the dangers of this thinly-veiled allegory about midlife crisis, Dante must travel through Hell, Purgatory, and Paradise.

There’s a whole of awesome stuff in the epic poem, and if you get a chance to read it, you should. You get to see Dante receive Kenobi-quality guidance from Virgil. You feel for Dante as he pines for his ideal of perfection, the ever-elusive Beatrice.   And by the end of it all, you get to cheer on the hero as he finally arrives at Destination Enlightenment.

But readers, perhaps because pervasive sadism, almost always enjoy the journey through Hell the best.

As described by Mr. Alighieri, the eternal Inferno is an arena in which sinners are subjected to punishments fitting their crimes. For example, those found guilty of lust are forced to endure ceaseless storm winds, just as they were blown about by undisciplined appetites in life. Ha, blown – that makes sense. 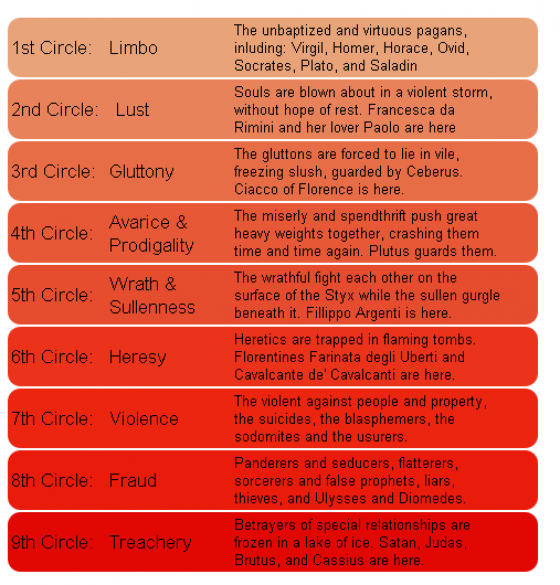 Before Dante came along, the concept of Hell certainly existed. Hades. Sheol. Tartarus. The idea was out there, but the Inferno made it the awe-inspiring, pee-pee eliciting end-of-life banishment-zone that we think of it as today.

It’s like when Jimi recorded All Along the Watchtower.

So next time you tell someone to go to Hell, or you exclaim that you’re hungry as Hell, or tell a buddy that the new Lady Gaga song is Hella good, take a moment to thank Dante. It’s his Inferno that gave us all of those euphemisms, and the ability for religious-folk to scare young children into believing silly things, and the basis for many of our most cherished OCTOBERFEAST festivities.