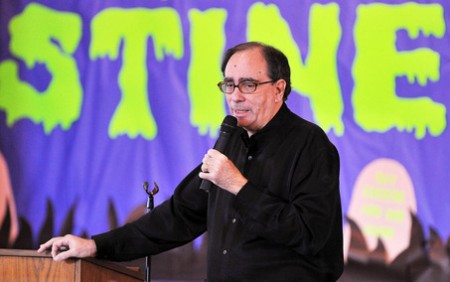 Lo! Did you just see that? The Ceremonial Mongoose got hold of the farmer’s prize pig! The little golden bugger escaped its rusty-nail prison, ran past the hobo-guard who was too punchdrunk from his bout with the cauldron-keeper’s wife to remain conscious, and lunged right at the farmer’s best oinker! Babe didn’t even stand a chance, being coddled by the unsuspecting and inebriated farmer as he showed off his handiwork to the pack of admiring agriculturalists.

So, why is it that those in attendance didn’t flee? How could everyone revel in such a horrific spectacle of pork-creation? What type of human being attends the OCTOBERFEAST? Well, the fact of the matter is that the celebrants are a varied lot of orange-and-black clad maniacs and lunatics and rejects and psychotics who’ve spent a lifetime reveling in popular culture’s horror. We didn’t wake up this way, but had to learn to love the dark visions, the glimpses into humanity’s unspoken fears.

As such, it is with the utmost reverence that we celebrate the career of R.L. Stine, a man whose lifework introduced many of us to the horror genre.

R.L. Stine absolutely dominated the world of 1990s horror-fiction. Sure, his books weren’t intended for adults, and therefore he can’t be   described as having contended with Stephen King or Bret Easton Ellis or Chris Carpenter, but he planted seeds in the minds of children that would eventually blossom into the complexes of adults. Yes, Stine’s young adult audience was given a near-constant stream of terror and fright, warping perceptions forever.

Stine’s paranormal proclivities first revealed itself in the form of Fear Street. This horror series was geared towards teens, and chronicled the murderous happenin’s of the fictional Shadyside. These books put the author on the literary map, demonstrating his ability to spin a popular yarn that could horrify teenagers into reading. Whoa! 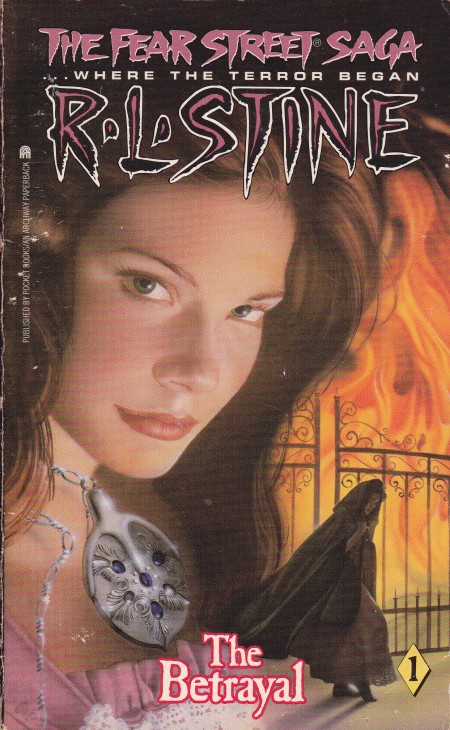 However, R.L. Stine moved gained straight-up boss-status with the publication of the Goosebumps series. The Goosebumps books guided children through scary tales that often also operated as satires of well-known horror stories. Most of the books followed the same structure: kids are thrust into the midst of supernatural events, they have to figure out how to get out of said events, and then a twist ending pops up! Sure, formulaic writing shouldn’t be anyone’s aspiration, but the dude pumped out a book-a-month, rockin’ my fragile little mind with hours worth of dark fantasy. 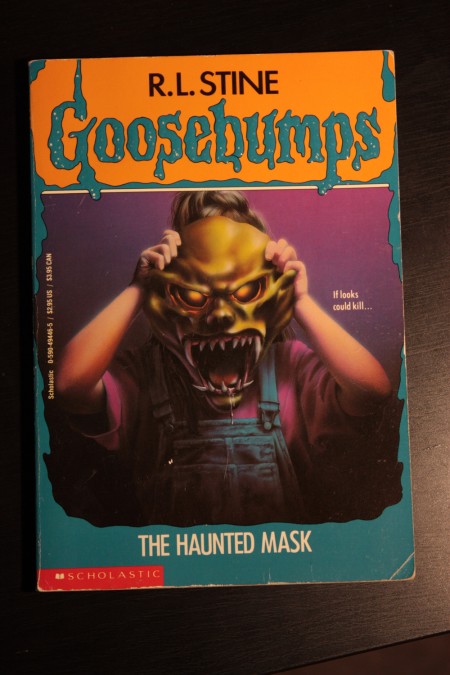 Of all the Goosebumps titles, my favorite was probably The Haunted Mask. Now considered a classic by Stine aficionados, the novel tells the tale of Carly, an eleven year-old who buys a disgusting Halloween in the hopes of getting revenge on a pair of bullies who tricked her into eating a worm-sandwich. It seems like a great plan until the mask adheres itself to Carly’s face, and she must figure out a way to prevent this visage of horror from becoming her own.

Without the work of R.L. Stine, I’m not sure that I would be the twisted individual that I am today. His books aren’t the most grotesque that I read, but they were the first grotesque books that I read. R.L. Stine has earned his place at the OCTOBERFEAST table of honor. Let us all pat him on the back, continually fill his goblet with intoxicating elixirs, and offer him the first chance to shoot an arrow at the Ceremonial Mongoose.