Marvel’s ‘The Punisher’ Is Going To Be A TV Show? Mythos Rewrite A-Go-Go. 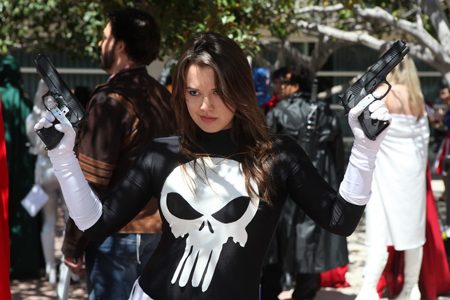 Frank Castle is a guy who has never crushed it in movie form. Maybe he’ll receive some sort of filmic redemption once his story is told on television. But if he does, it’ll be through a strongly different story.

Two Marvel Comics TV series,  Incredible Hulk  and  AKA Jessica Jones, are both moving slowly through the television pipeline, but now a TV show about the Punisher could be on the fast track. The bad news? It sounds like the people making it will have a pretty loose interpretation of the character.

In the comics, the Punisher is Frank Castle, a veteran who goes to war against crime after some crooks gun down his family. But in the new television version, produced by former Criminal Minds showrunner Ed Bernero, Frank Castle is “a rising star detective with the New York Police Department who moonlights as the vigilante Punisher, seeking justice for those the system has failed.” In other words, it’s another cop show in which the cop has a double life. Not surprisingly, the show is being described as an “hour-long procedural.”

I’m guessing that Frank Castle will investigate cases as a cop, but then go out late at night to deal rough justice to the perps as the Punisher. Which could get old after a few episodes. But then again, you never know. [Deadline]