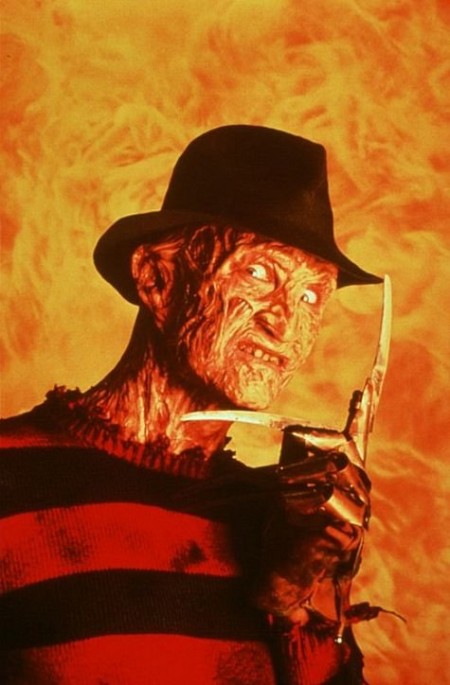 Today’s OCTOBERFEAST guest is a man whose reputation precedes him, creatively murdering people for the past twenty-seven years. When this dude targets you, he infiltrates your dream, exploits your fears, and then commits horrendous acts of barbarism. Also, he wears a sweet Christmas sweater and is responsible for some of the horror genre’s most hilarious one-liners of all-time.

The homicidal dream-slasher in question is, of course, the one and only Freddy Krueger.

As a villain five times in the 1980s, twice in the 1990s, and twice in the post-millennium, many consider Krueger to be an exemplar for slasher-flick murderers who has stood the test of time. After all, what’s more horrifying than the notion that our dreams – the venues we use to play out hopes and dreams and unspoken fantasies – can become the grounds of our gruesome demises?

Krueger’s deeds speak for themselves. So hit the jump and check out some of the handiwork of Elm Street’s most malignant spirit.