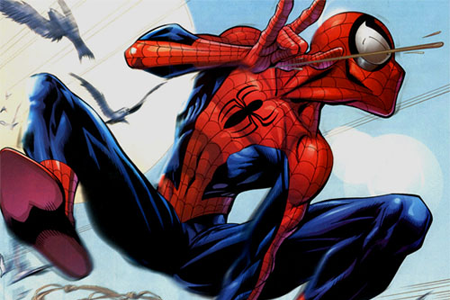 Shh! There are spoilers afoot. Would you like to know who the new Ultimate Spider-Man is? Hit the jump. But be forewarned, nothing is sacred after this here jump. 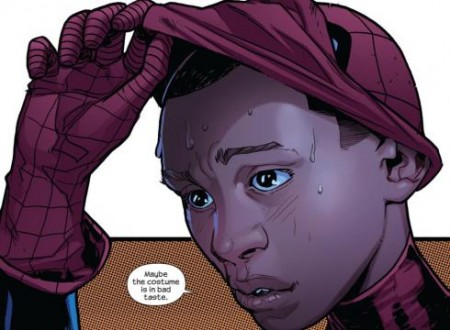 Revealed in Marvel Comics’ Ultimate Fallout Issue 4, out Wednesday, the new Spider-Man in the Ultimate universe is a half-black, half-Hispanic teen named Miles Morales. He takes over the gig held by Peter Parker, who was killed in Ultimate Spider-Man Issue 160 in June.

In his first appearance, he simply breaks up a fight. But readers will learn the true origin of Morales and how he became the new Spider-Man when Ultimate Spider-Man relaunches in September with a new No. 1 issue.

“The theme is the same: With great power comes great responsibility,” says writer Brian Michael Bendis. “He’s going to learn that. Then he has to figure out what that means.”

There’s a new Spider-Man and he’s seemingly pointing at appealing to a larger demographic. Is it praiseworthy, bringing in a character of mixed-ethnicity to play the role of a formidable part of the Marvel empire? Or is it a cheeseball way of showing “Hey, we’re diversified”? I’m sure I could hear arguments persuading in either direction.