Archives
« Fat Mac Featured In This Trailer For New Season of ‘Always Sunny’, God I Need This.
Marvel Reveals The New ‘Ultimate Spider-Man’ Early. In USA Today Of Course. » 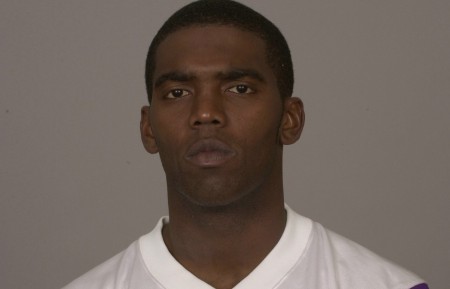 Welcome to the MONDAY MORNING COMMUTE – OL’s weekly show-and-tell session. I’m going to give you a peek at some of the bits of entertainment that’ll keep me from swearing off our oppressive society, giving away all my worldly possessions, and then fleeing to the wilderness so I can die in a van.

After reading about the destinations of my entertainment-excursions, you’re encouraged to hit up the comments section so you can show off your own itinerary. 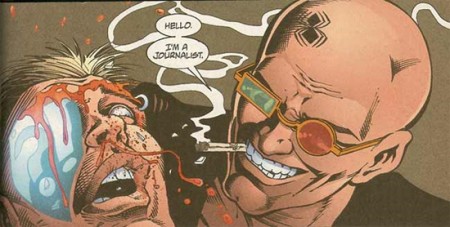 On a whim, I decided to start re-reading the early issues of Transmetropolitan, and I couldn’t be happier. In the few years since I last finished the series, I’d forgotten what a fucking bad-ass Spider Jerusalem is – a drug-addled journalist searching for the Truth in a future of corrupt politics, ubiquitous media coverage, and corporate domination. Spider is the Hunter S. Thompson-postremo, a purveyor of Truth that not only embeds himself in the story but is usually the most interesting part.

In all seriousness, Transmetropolitan is a goddamn masterpiece. Darick Robertson creates a visual language, especially in the first few issues’ establishing shots of the City, that makes the reader believe this future exists. Hell, I think we might be living in it right now. And although I’m partial to the unfinished (forever?) Doktor Sleepless, I think it’s hard to argue against the idea that Spider is Warren Ellis’ greatest creation. 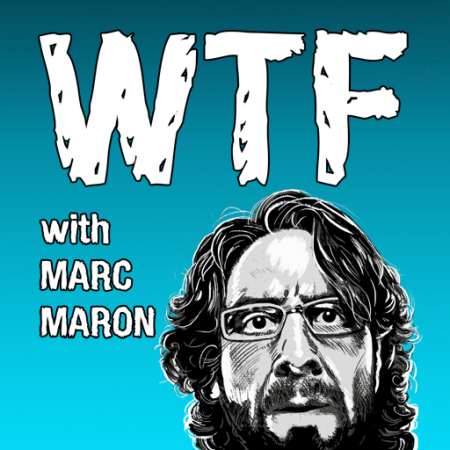 I have nothing but the utmost respect and admiration stand-up comedy. Even the most unamusing and repugnant of stand-up comics have some serious balls. After all, the art consists of standing in front of a ravenous crowd, armed only with wit   and microphone. At its best, stand-up comedy is a modern-day Lyceum movement, altering perspectives and enriching lives in settings far less dogmatic than most college classrooms.

The Philosophy Department of my life is staffed by Patton Oswalt, David Cross, and Joe Rogan. Co-Chairs: George Carlin and Bill Hicks.

A couple of weeks ago, comedian Marc Maron appeared on CONAN to promote his podcast, WTF. Although I’m not usually a fan of podcasts, I have to tip my cap to Maron. I am absolutely hooked. Each episode usually opens and closes with Maron sharing some personal anecdotes or thoughts on world events. These ramblings, much like his stand-up routines, reveal the comedian to be a character I can sympathize with – alternately inviting and off-putting, self-conscious and self-assured, and always trying to figure out what’s going on in his own head.

But where the podcast excels is in its hour-long (sometimes more) interviews. Maron meets with comedians in his garage, conducting interviews that are not only entertaining but incredibly candid as well. I’ve always found creative processes interesting, and it’s great to get some first-hand accounts of the tribulations of generating material and breaking into the comedy scene. Additionally, Maron’s relationships with his guests (sometimes they’re friends of old, other times borderline-adversaries) adds an extra dimension, a personal flair that any listener can latch onto.

While a lot of the podcasts are still available for Free-99, subscription-listeners get access to the entire archive.

I think I’m going to be sending some shekles to Marc Maron.

September sees the release of new albums by three of my all-time favorite bands.

It’s going to be a goddamn metal month.

So that’s my week.