Archives
« Full Concept Art Poster For ‘The Avengers’, Groin Swell Assemble!
BioWare Wants You To Vote For The Default FemShep, Here Are The Choices. »

One Black Hole Contains 140 Trillion Times the Water On Earth. What A Hog. 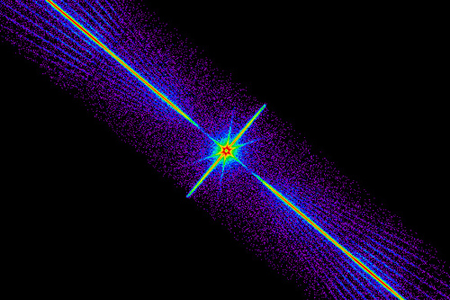 There’s a black hole out there a mere 12 billion light-years away that contains 140 trillion times the water on Earth. Son of a bitch is hogging all those resources and here we are feeling guilty for peeing in the ocean and running our showers too long. Greedy piece of space shit.

A distant, hyper-energetic black hole known as a quasar contains the largest reserve of water in the known universe, equivalent to 140  trilliontimes the water on Earth. The solution to our water crisis is only 12 billion light-years away!

Technically speaking, quasars occur when giant black holes suck in huge amounts of gas and dust, spewing back out equally immense amounts of energy. This particular quasar is APM 08279+5255, whose black hole is 20 billion times the mass of the Sun and produces enough energy to power a quadrillion copies of our star. It dates back to the early days of the universe, just 1.6 billion years after the Big Bang. That makes this water the earliest in the known cosmos.

Of course, we’re not talking about a gargantuan space ocean here, cool as that might be. The water is in its gaseous, vapor form, and it’s distributed over hundreds of light-years, with an average temperature of just minus 63 degrees Fahrenheit and an average density 300 trillion times less than that of Earth’s atmosphere. That may sound kind of unimpressive, but it’s all about perspective – this particular cosmic reservoir is about five times hotter and 10 to 100 times denser than the water reserves you find in the Milky Way and other galaxies.