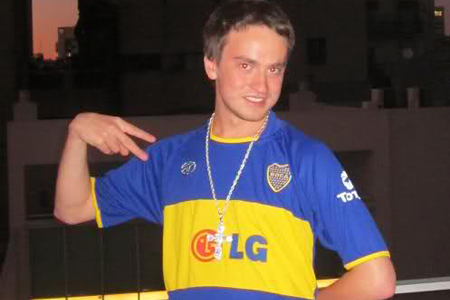 You have to love the amount of suck and sell-out that George Hotz contains within his flimsy nerd shell. This year he has gone from stunting and pretending to possess some sort of ideological spine by releasing the PS3 rootkey, to settling with Sony, to his most amazing development yet: landing a job with Facebook.

During an interview with hacking community MyGreatFest, rival jailbreaker Joshua Hill (aka P0sixninja) claimed that Geohot had declined an iPad 2 hacking challenge in order to maintain a low profile, and to focus on his new job at Facebook. Hill implied that Hotz’s refusal to hack some ‘pads indicated his involvement in the development of Facebook’s as-yet-unconfirmed iPad app.

Hotz’s rumored employment status was later corroborated by TechMeme’s Gabe Rivera, who tweeted a link to the hacker’s (now private) Facebook wall, which reportedly called the social network “an amazing place to work.” George certainly isn’t the first hacker to give up the game and go legit, and with more companies recognizing the talent and skill required for the craft, we doubt he’ll be the last.

There you go! Yeah kid, yeah! I’m not even commenting on whether or not I agree with his previous ideological claims. My brain isn’t strong enough to weigh the arguments at hand. It is merely crafted for Tumblr refreshing and sequential art. What is mind-blowing, in a sort-of-not-really-this-is-our-culture-way, is how quickly he’s gone from demonizing one enormous corporation, to letting another Bastard Evil Privacy Rape Leviathan slither its hand up his thigh.