Here’s The Shortlist Of Actresses Up To Play Nick Fury’s Sidekick. 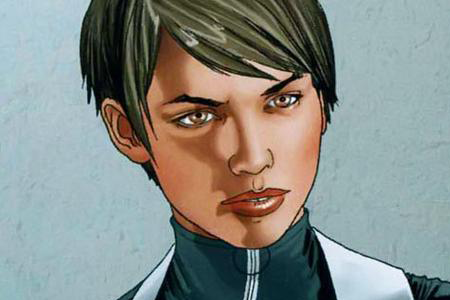 Oh don’t you love shortlists and speculation? I mean, weren’t you getting worried with the hammering out all the details of The Dark Knight Rises would leave us in Speculation Limbo? Fear not, true mouth breathers such as myself! And innocent bystanders. Coming off of Samuel Jackson stating on Jimmy Kimmel that he’d be screen testing actresses for the role of his sidekick, today we have a purported list.

You ready for this shit?

The Hollywood Reporter says four of the actresses who will be testing are Morena Baccarin (who has previously worked with Whedon on Firefly and Serenity and is now seen on V), Mary Elizabeth Winstead (Scott Pilgrim vs. The World) Jessica Lucas (Cloverfield) and Cobie Smulders (How I Met Your Mother).

A lot of people are pointing at Morena Baccarin being the leading lady for the role. She’s worked with Joss before, and everything. Personally? Even though they haven’t even announced who this female character is, I think Baccarin could fucking pummel it as Maria Hill.