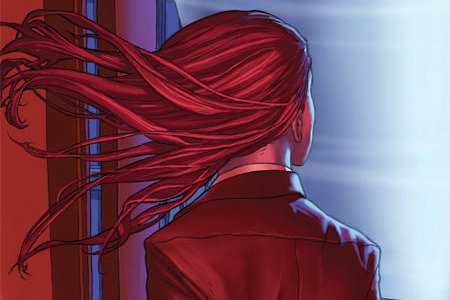 Welcome to Variant Covers. I like comic books. Sometimes I really like them. And every week, I write in this column about the comic books that are dropping this week that I’m interested in. If you’re so inclined, hit up the comments section with what you’re throwing down some ducets on. My ears. They’re open. 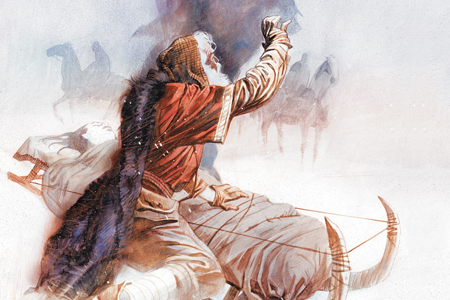 Northlanders #36.
Those who follow this column know that I have an unapologetic butt-crush on Brian Wood. His work hits me on a variety of levels, from fucking awesome! to fucking inspirational. The second and final issue of “The Girl in The Issue” drops this week, and I’m expecting the latter. The storyline follows a weathered old man trying to solve the murder of a girl he found frozen in time. The first issue garnered serious love here, and I’m expecting the same from the finale. Its a quiet, almost Hemingway-esque march through the final tolling of a man’s life, cognizant of his small and dwindling station in the world.

I would be remiss if I didn’t point out that Becky Cloonan’s artwork is stunning, and issue #35 provided three of the most gorgeous panels (its three panels, right?) I can recall in recent time.

Also Dropping: Wood’s DMZ #61. I’m waiting on the sixth trade to arrive in my mail, for I desperately need to catch up before it ends. 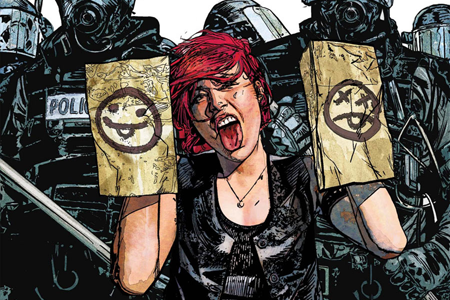 Scarlet #4.
Brian Michael Bendis and Alex Maleev’s post-modern metatextual affair continues this week. Still featuring a sexy redhead with guns. Still featuring her directly engaging the reader every issue. Still getting me very, very excited every time it drops. The last issue ended (if I recall, the long breaks between issues is killing me) with her capping a cop, and I imagine the title is only going to get more violent. I mean, fuck, she’s trying to encourage the reader to join her in a cultural uprising.

Not exactly for the faint of heart.

I don’t think the title gets as much love from others as I give but, I can understand why. The tropes themselves aren’t new: V for Vendetta with a vixen, mix in some teenage uproar, et cetera. But it’s done well, and Maleev’s artwork is stunning. Some of the stuff he’s doing with paneling is fresh to a guy like me. Bearing in mind that I mean a guy who doesn’t have much in the way of technical knowledge when it comes to art. I’m a lit dork, leave me alone. 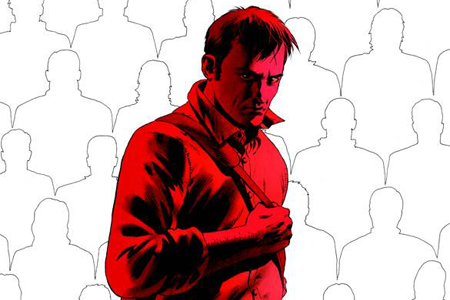 Memoir #1.
I first became aware of Ben McCool from his work with Ben Templesmith on Choker. The title is brash, irreverent, vulgar, and hyper-violent. I have no idea if his new comic with Nikki Cook is going to be any of that. I do know that I have good faith his talented writing shall make the transition.  The title, which debuts this week, is a six-party mystery set in the good ole American midwest. A premise? You want a premise? Here you go:

Lowesville is a small town …peaceful and quaint. But one morning the population awakens with no idea of who they are, where they are, or what’s happened. The town’s memory has been completely erased. All except for one man… He remembers everything.

Good enough for me. The allure of McCool’s scripting and Cook’s pencils is enough to rope me in. 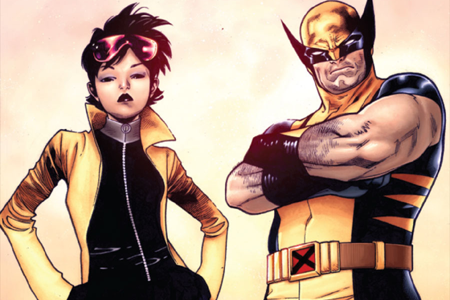 Wolverine and Jubilee #1.
Naw, Wolverine isn’t a pedophile. I think. But what he is, is the typical hard and edgy guy whose defenses melt away in the face of some young woman in trouble. This whole aspect of his was all the rage back in the days of Kitty Pryde. To the point where the Powers That Be were all like “Hey, let’s do that Wolverine protecting a girl thing again! With a totally extreme 1990’s spin!”

I wouldn’t have thought twice about the comic, but then the usual happened. I was sitting on the can flipping through the Marvel Sneak Previews thing that was shoved into my bag along with Whatever Week’s Comics and I they previewed the first couple of issues. It was actually pretty good. Why do I say “actually”? I don’t know, yo. The X-Titles have been too interwoven and convoluted for me to get into. Not only that, but Jubilee is a fucking vampire.

Yeah, I know.  But scribe Kathryn Immonen gets it to work. At least for a few pages.

I’m a sucker for the Wolverine as Father analog that they’re returning to. What can I say. I’m a loser for the trope. So if it’s going to be well written, with enjoyable artwork from Phil Noto? I’ll take it.

Also Dropping: Invincible Iron Man #500. On any other week, I may have devoted too may characters to fawning over Fraction’s Giant Sized Anniversary Issue. But this week, its a footnote. Such is the cruelty of a week jammed with content I’m excited for.

What are you guys checking out this week? Hit me.