Variant Covers: If You’re Reborn, Is There Reafter Birth? 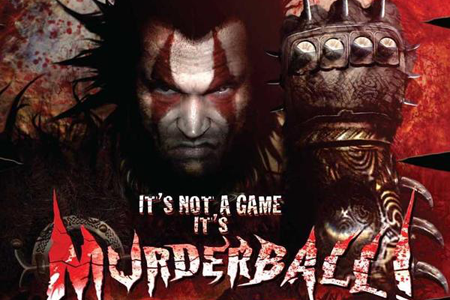 Hello good souls, and welcome to Variant Covers. I am your pilot on this trip of stupidity. ‘Tis a trip where I tell you the comic books I’m excited and/or curious about that are coming out tomorrow. Your job, should you choose to partake, is to hit the comments box with your own pull list.

It’s my favorite game: show me yours and I’ll show you mine. The elementary school principal down the street isn’t too cool on it, but I hope you are. 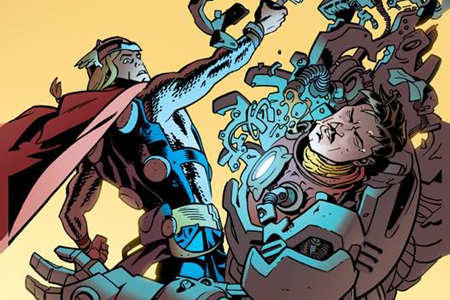 Thor: The Mighty Avenger #8.
This week sees the final issue of Roger Landridge and Chris Samnee’s Thor: The Mighty Avenger. The title has been felled by something that not even MjÃ¶llnir can beat into submission: poor sales. The title is suffering an unjust fate, as yet another part of an inexplicable comic book market. One of the best, most heartwarming titles on the shelf is being served a Viking’s funeral while other dreck continues to march onward.

If you haven’t picked up this title, I fart in your general direction. Actually, that’s unfair. I miss countless good stuff dropping every month. Budget constraints, et cetera. Even the local comic book shop dude couldn’t believe it when I told him it was one of my favorite monthlies. Isn’t it a kid’s book?, he asked quizzically. Naw dude, not even.

At the root of it, its a growing-up tale. The story of a dude forced to leave home, and cut out his own place in the world. You can’t go home again, even if the road that leads back there is the Rainbow Bridge. The storyline is complimented by humor, romance, and gorgeous pencils and coloring. It’s a shame that the title is ending, but there’s always a chance the bitch is blasted with a scroll of resurrection somewhere down the line.

To Landridge, Samnee, and everyone who worked on the title: you boys rock. Please snag this final issue, and help the argument towards bringing the title back. 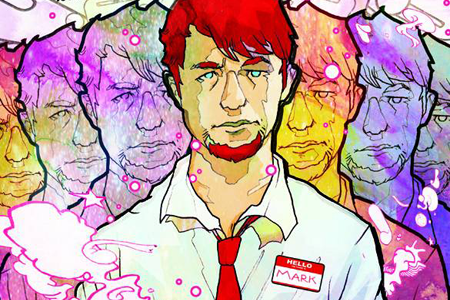 Infinite Vacation #1.
This title was brought to my attention over at Robot 6 yesterday, and it sounds like something straight-up my nerd pipes. The comic, helmed by writer Nick Spencer (Morning Glories) and Christian Ward, takes the concept of augmented reality to the nth degree. Let’s blockquote the premise for great fucking justice!

Billed as a sci-fi love story, the book stars Mark, who lives in a world where alternate realities are up for sale, and buying and trading your way through unlimited variations of yourself is as commonplace as checking your email or updating your status. But then Mark’s other selves start dying.

Awesome! In a world where we’re constantly opting out of reality through a variety of apps; comic books (yup!), television, reality television and computer games where we don whatever identity we want, the premise is both sexily absurd and homegrown. I’m sold. I like my digital persona, I ignore reality while plowing through thousands of pages of fiction, and who the fuck wouldn’t want to escape into our own world? More than we already do. 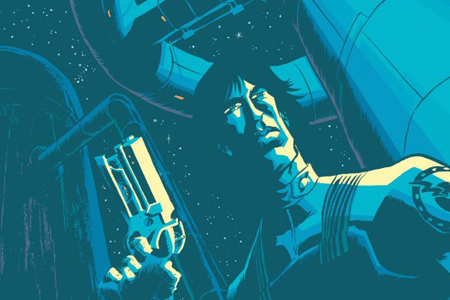 Casanova: Gula #1.
I’m going to be straight with you: by the end of the Casanova: Luxuria, I had no idea what was going on. I think a lot of that is on me, and my sporadic reading schedule. But a lot of it was also on the comic being fucking insane, and trying to do a bit too much. It pains me to say that, because a) I still enjoyed the hell out of that and b) I like Fraction like fat kids love cake. This week sees the beginning of the reprinting and remastering of the second Casanova storyline: Gula.

Worst case scenario: it is as bananas and out of control as the original. Best case scenario: its a bit more coherent, and I can remember what happened on top of knowing that I loved the interdimensional metatextual post-modern mindfucking it gives me. 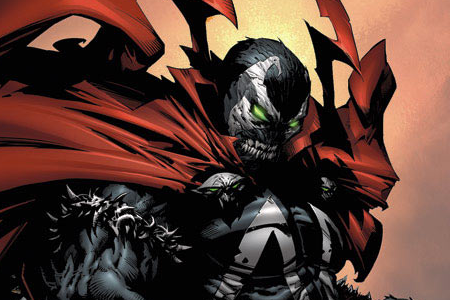 Spawn #200.
Until I saw the promos for this comic book, I forgot that Spawn existed. As well, I will not be buying this title tomorrow. Yet I can’t help but mention it. I am a dude who is not buried in the shimmer of the post, wont to pine for the old days. However I do appreciate them. I spent a good amount of New Year’s Eve hammered, watching the Pantera home videos and talking about Vectorman for the Genesis

So yeah, I’m inclined to muse on the past.

Man, I used to love the fuck out of Spawn. I was fourteen or so. It just made so much sense to me, as a teenage rife with hormones and a desire to jerk off to the covers of Gen 13. It was a dude who was totally screwed by the Devil! But he was gifted righteous powers and shit! And Angelina. Oh man. C’mon, you know you loved this shit back in the day.

Depressing thought that just filtered into my brainstem: Spawn lurches on, while The Mighty Avenger gets axed. Oh, Universe. You’re cruel. 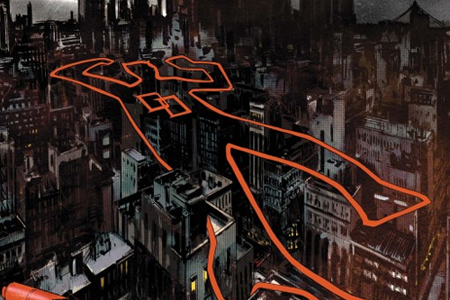 Daredevil: Reborn #1..
Andy Diggle pens a mighty fine yarn. Daredevil is one of my favorite characters. Despite all this, I was let down with the conclusion of Shadowland. I don’t usually lust for blood, but I wanted Murdock to die for his transgressions. A very Vader ending. Instead, he peaced out of New York City, and now seems to be wandering the country side in search of himself. My guess? He’ll be Reborn! through his actions out there in the boonies. None of this excites me very much.

But it’s Daredevil, and its Andy Diggle. It’s a combo that is worth my money.

What are you guys reading this week? Hit me.