Archives
« Holy Shit, The Sequel to The Dark Knight Has A Release Date
Marty Shreds » 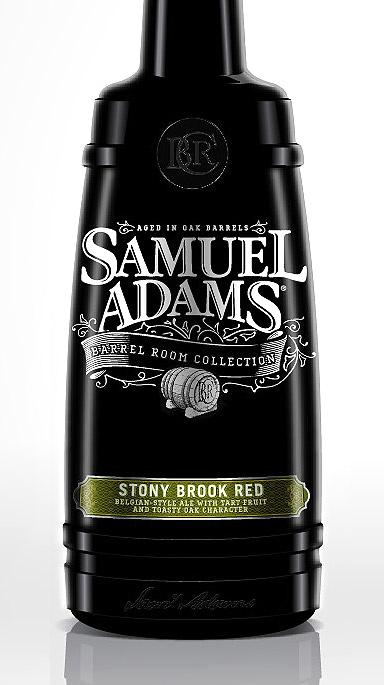 I’m back to drinking beer. And it is fucking glorious. For weeks I was plagued by a mysterious illness that forced me into spitting out beer and drinking whack substitutions. It was one of the toughest times of I’ve ever faced, as I was essentially forfeiting one of my favorite life-activities so that I wouldn’t die.

Worth the sacrifice? Yes. Am I glad it’s over? Double fuck-yes.

So this is the Friday Brew Review, once again at maximum operation status and ready to party. For this return to form, I threw out my usual self-imposed rules and regulations and instead decided to purchase whatever beer seemed most genuinely appealing. As I walked into the liquor store, I made no consideration about the brewery, style, brand, price or volume. The bottom line, the only important question I asked myself was, “Which damn brew most deserves a spot in Studio Apartment Krueger-Gut?”

It wasn’t a difficult decision, nor did I spend any significant amount of time arriving at it. I simply walked into the store, spotted Samuel Adams Stony Brook Red, and asked him politely to get into my car. It worked! I caught the little bastard! He’s all mine!

But before I get into the minor details of what a Stony Brook Red is and how it tastes, let me establish a tenuous justification for the purchase. See, Sam Adams is a denizen of Boston. I, too, have resided in Boston and now live in a nearby suburb. As such, I have been indoctrinated into believing in the power of Boston-sports. Not completely, mind you; I couldn’t care less that the Red Sox look like a pack of jackasses and I want King James to get his first NBA Championship this year. But an allegiance does exist.

I would *really* love to see the Boston Bruins trounce the Philadelphia Flyers. Supporting the Bruins this year, I had to endure a (more than) fair share of caca and heartbreak. This was the team predicted by many to dominate the NHL and take a Stanley Cup with ease…and yet they barely made it into the playoffs. So don’t get me wrong, the fact that they advanced past the first round is success in and of itself, and any other progress is icing on the cake. But it would be so fucking sweet to watch the Bruins put down the Flyers, just as I know they can.

In the brain that I’ve abused with years of caffeine consumption and comic book reading, it makes sense that the Bruins will have a better chance of winning if I drink more Sam Adams products. It’s not scientific, but a silly little tickle in my tummy tells me it’s true. We’ll see tomorrow.

So now that I’ve ranted about irrelevant, vicarious sports aspirations, let’s get to the beer. Stony Brook Red is one of the three members of the Samuel Adams Barrel Room Collection. I tried to find a definition of this class of beverage at the official website but it was nowhere to be found. But doing a little background-checking with random websites (such as packaging designer of the collection and a local newspaper), I was able to come up with some general answers. Essentially, the Barrel Room Collection is a set of three premium beers that are all aged in wooden barrels. The three products are each sold in 750 ml bottles, so with the slightly elevated ABV each bottle is presented as more of a wine; don’t crack one open and pound it yourself, but share it with some friends over dinner.

As advertised on the bottle itself, Stony Brook Red is a beer of “Belgian style with a hint of tart fruit and toasted oak character.” Naturally, the fluid has purportedly been aged in actual oak barrels, thereby giving it a leg up on the run-of-the-mill brews. This enticing description got the best of me and I quickly ran outside to pop off the cork. Why outside? Because I’m a gentleman and I didn’t want shoot your eye out.

Once the brew was freed from Shawshank, I redistributed it into my drankin’ glass. It poured into a really dark rosewood hue, hazy enough so as to prevent most light from getting through. Moreover, a healthy layer of foam sat at the mouth of the glass and protected the rest of the drink from the world at large. Visually, Stony Brook Red projects itself at the drinker as a heavy, dense beverage of the evening.

With that being said, I was quite taken aback when I dipped my nose forward for a sniff. This high-end concoction carries a very crisp, fruity aroma, luring in the olfactory senses with fragrances of sweet berries. Although it should have been, this wasn’t what I expected my nose to detect. But even if the eyes don’t, the nose always knows.

Tasting Time. I liberally administered the beer, allowing it to fill my entire mouth and bathe my tongue in the process. This liquid is tart and fruity, yet with some anchor to prevent it from floating up to Heaven. Is this anchor a wood-note, the aforementioned oak? Sure could be. But it could also be the tinge of alcohol that lightly sears my tongue, preventing a full smoothie flavor from being achieved. The texture is very light, adding to an experience that is already geared towards continually pouring the drink into my taste-hole.

In other words, shit goes down easy.

It’s not often that I come across and alcoholic beverage that is sweet yet flirting with sour, potent yet extremely drinkable. Stony Brook Red manages to boogie across the whole dance floor of flavor, gyrate his hips at me and ask “Are you gonna go my way?”

Yes, I am. I’ve finished almost the entire bottle and this makes me sad, since it means I won’t get to share it with anyone. Ah well, there’re more bottles at the store and it’s within stumbling distance. Looks like I just found the night’s next activity.