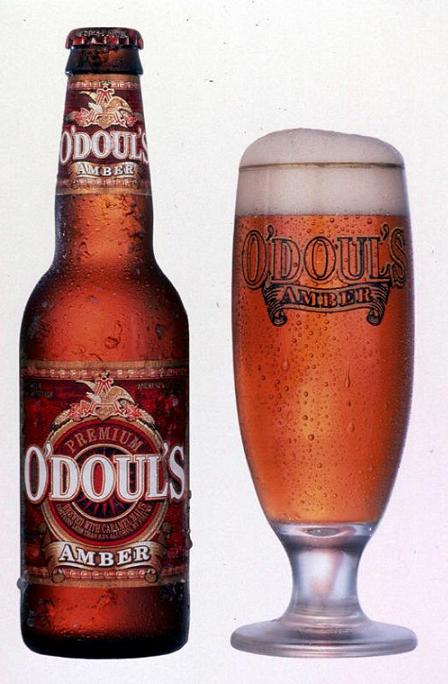 There is something about the experience of drinking a beer that is quite unlike anything else I’ve experienced on this planet. A beer is cool, carbonated, slightly bitter and yet still palatable. It raises spirits in a way that other beverages just can’t. I’m no stranger to caffeine-binges, but there’s no way that those drinks outclass beer. They just don’t. Non-negotiable.

And, of course, beer should be praised for its alcoholic properties. There’s nothing wrong with catching a bit of a buzz after drinking a few beers; as long as you’re not an asshole about it, that is. No one likes a belligerent drunk and no one wants to be around someone who’s a threat to their safety, but there’s nothing wrong with sitting on a couch and riding out a buzz.

With that being said, drunkenness is the last thing on my mind when I crack open a beer. If I happen to become a bit inebriated, great! If not, that’s fine too! The bottom line is that my love for beer is deeper than its ability to alter my perceptions. Again, at the risk of redundancy, it is the beer experience that I enjoy. The taste itself, the camaraderie generated from sharing a beer with a friend, the process of picking out a brew — these are things that make this class of beverage so damn worthwhile.

So it is with this sense of multi-pronged appreciation that I approach this edition of the Friday Brew Review. Truthfully, I’m finally getting over what was undoubtedly the worst illness I’ve had in years, perhaps ever. And although I’ve made no qualms about drinking while sick in the past, I don’t want to curb my recovery. Ain’t no way they’re sending me back to the clink!

A product of the Anheuser-Busch juggernaut, O’Doul’s is one of the better known near beers available. Essentially, the brewing process is nearly identical to that of any other beer…except that at the end, most of the alcohol is removed. I’m not really sure how they do that, but the website claims that the alcohol is “gently and naturally extracted.” For some reason, I imagine that a flamethrower is used.

Anyways, who would want to drink O’Doul’s? If I had to guess, I’d say that recovering alcoholics would probably be one key demographic. And um…I don’t know, pregnant ladies that like beer? The only person I ever actually saw drink the stuff was my friend Leo (he also happened to be my grandfather), and I think he was down with it because he was in his eighties. Clearly, twenty-three year old dudes are not the targeted consumers.

But screw it, I’m a damn rebel! I’m going to drink an O’Doul’s Amber and no one can stop me!

Checking out the bottle’s label, I found this self-description:

Two-row and specialty caramel malts, along with a blending of imported and domestic hops gives O’Doul’s Amber its rich color, flavor, and fuller body.

Hrm. Well, that doesn’t really tell me much of anything, but it doesn’t sound bad. I’m still on board!

I poured the (non)beer into a standard glass for pre-consumption inspection. The liquid is aptly named, as it fills the glass with a translucent amber, a reddish hue that can been seen right through. For a few moments a head developed, but it quickly dissipated. And in terms of scent, there’s not much to report. If I had to pin it down, I’d say that O’Doul’s Amber smells like the restaurant at which I used to work the opening shift; it’s obvious that alcohol was once present, but it is now merely a memory.

Ok, let’s get to the taste. The first sip was taken with a bit of trepidation, unsure of what the hell I was about to put into my mouth (never a comforting premise). It went down the hatch and I survived! O’Doul’s Amber is a bit dry and super-light. There is definitely an essence of beer in this product, although the watery-texture pushes this in other directions. Still, the liquid hits the back of my mouth with a tang that says, “Hey, don’t listen to the haters, I am a beer! A real beer!” Moreover, I’m not sure if there is actually more carbonation in this liquid or if I’m just fixating on every single bubble that hits my tongue. In either case, it’s worth noting.

Overall, I don’t hate O’Doul’s Amber. It serves a purpose and does it well. Taste-wise, it could square off with a number of light beers. To be positive, you could look at the fluid as a genuine oat-soda. Or, if you prefer to be a pessimist you could look at it like a beer with a vasectomy.

O’Doul’s Amber is a good near beer. So take that for what it’s worth. Maybe I’m just glad to be sipping on some suds, but I wouldn’t hesitate to drink this product again (unless I become more persuasive, I’ll probably have to drink the other five in the sixer I picked up).

I wouldn’t order a keg of the stuff, but it did the trick: C+/B-

Now I’m going to operate some heavy machinery…because I can!