Archives
« Uncharted 2 Impressions: Drake Is Crash Bandicoot With Better Hair
Mass Effect Two Is Hyperjumping Into Your Your Pants January 26, 2009 » 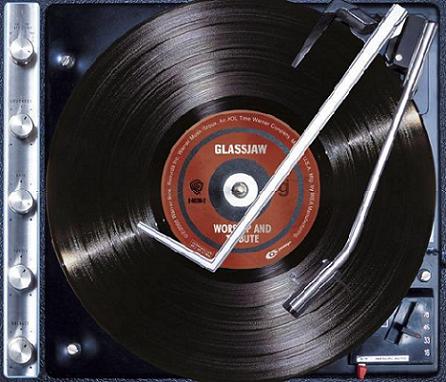 With little over two weeks until Hallow’s Eve, we had all better start breathing in that sweet autumn air. After all, it is mid-October — but unlike Daryl Palumbo, I’m not ranting `bout most early May. I’m here to enjoy the OCTOBERFEAST for everything it’s worth (which, in case you haven’t realized, is quite a bit).

For some reason, I’ve always associated Glassjaw’s Ape Dos Mil with autumn. It is in all likelihood that the lyrical reference to October is responsible for the forming of this mental connection. However, the Literature major and overzealous nerd within compels me to further dissect Ape Dos Mil. In doing so, I’ve discovered  that the track is the musical manifestation of the spirit of autumn.

You can bet in mid-October,

I will still be ranting ’bout early May.

While he dines I’m on the wrong side of the day.

And I said, “I don’t understand why I’m fumbling after.”

You’re the reason I cannot forget this season

Or the letter when she first referred to eight.

The lyrics suggest that the remorseful crooner is longing for the days of early May, when the relationship was still new and exciting. At first listen, it may seem as though the words being penned address the literal calendar month and perhaps the true beginnings of love. But it can be no coincidence that the described romance is worthwhile and flourishing in May, which just happens to be the quintessential month of spring — the season best known for ushering in a wholesale sense of life and vitality.

Ape Dos Mil’s narrator tells us that he is now well into mid-October and unable to stop dwelling on the beauty that was his relationship only five short months previously. On the other hand, this linear development also coincides with the sharp thematic contrast of spring and autumn. Just as the leaves are falling and the Earth reclaims all life, Ape Dos Mil paints the portrait of man in decay, the approaching of a personal winter.

While given the story from the perspective of the man who pulled the shortest straw, I think there is something to the notion that the narrator’s  enemy is succeeding because of his ability to transgress. In the aforementioned verse, the narrator pits himself against a rival lover, describing him as both a winner and a goddamn sinner. It is Daryl Palumbo’s delivery of these lyrics that make the listener feel absolute unease, maybe even disgust. How can this new figure succeed while sinning, falling far from the set standards of the ideal? The narrator’s frustration seeps out, noting  that he cannot even stand a chance against the most mundane actions of his former love’s latest beau; “While he dines I’m on the wrong side of the day.”

Taking a step back, it seems as though the protagonist of Ape Dos Mil is simply a spring type of guy — fixated on those times in which the new, refreshing and lively were generated. However, the goddamn sinner of the track is autumn — cast with the role of bringing about decay and eventual death. In truth, neither of these characters can be applauded or derided for their actions, as they as just fulfilling their prescribed duties. Similarly, the female love interest should not be disregarded as a flake or whore. Instead, she can be understood as the  cyclical seasons, the recognition that a changing of the guard must occur.

If you don’t buy into any of the above, don’t worry. You can still enjoy Ape Dos Mil as a somber tale of love that just happens to sound better on an October evening.

Should you find yourself not enjoying the song, at least watch the video without the sound. It’s got creepy clowns, depictions of strange sexual practices and voyeurism — perfectly fitting into OCTOBERFEAST!