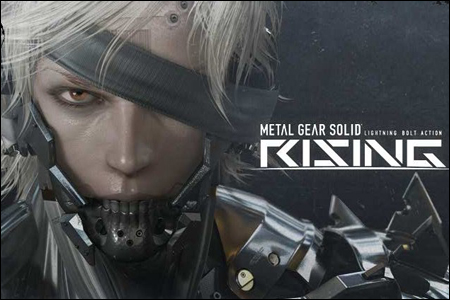 Remember guys, when rival developer teams engage in a cock-measuring contest, there’s only one outcome for the gamers: Awesomeness.

“The reason why I say they are not good friends is because the PSP is working day and night to make it even better than MGS4, but of course they can’t do it because of a lot of restrictions,” he tells Gamepro. “On the other hand, the Rising team is using loads of money and loads of capacity and hardware specs.”

The Peace Walker bros are constrained to budgets and other logical concepts. However the MGS: Rising team probably spends the equivalent of the Peace Walker budget just modeling Raiden’s fruity ninja-stripper boots. I can only imagine how much money the Rising team has just spent on tickle-fights and other getaway retreats shooting guns and building absurdity Post-Modern Paper-Mache monuments to Hideo Kojima.

Hopefully their utter disdain for one another pushes them both into making ballin’ games. I’ve never owned a PSP, but with Kojima jacking off over how awesome Peace Walker is going to be, picking up the portable continues to tempt me. Now, back to the cock-measuring!