Archives
« Harvard Professor wants to recover what he believes to be “alien technology” from ocean floor. Fucking go for it, brother!
Monday Morning Commute: A Constant Companion »

‘John Wick’ director wants to make his ‘Ghost of Tsushima’ movie in Japanese. It’s fucking wild, I love it 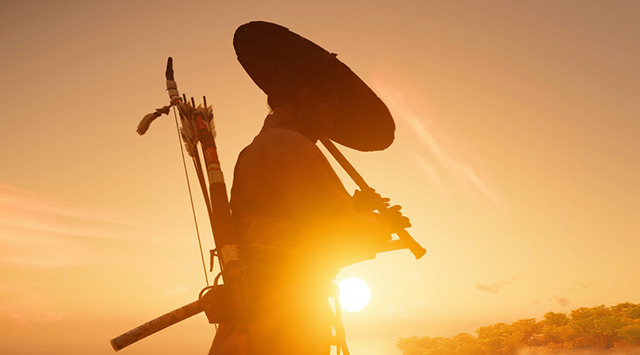 The bro behind John Wick is making a Ghost of Tsushima movie and he wants to get wild with it. Wild with it how? Dude wants to make it in Japanese, with Japanese actors. Let’s fucking go for it, baby. Get nuts. Apparently Sony is backing the idea, too. For how long? Great fucking question. Like, I don’t think it’s going to fucking happen, but I appreciate the sentiment.

The Ghost of Tsushima video game already has heavy influences from classic Japanese samurai films, and director Chad Stahleski wants to carry that on in a unique way with the Ghost movie adaptation.

Speaking to Collider, the Ghost of Tsushima director called classic samurai film director Akira Kurosawa in his “top five biggest influences of my life as far as film goes”, saying that influence will carry over into this project in a big way, if he gets to make this movie the way he wants.

“And honestly, we’d to try to do it, all in character,” Stahleski said. “Meaning, it’s a Japanese thing about the Mongols invading Tsushima island. A complete Japanese cast, in Japanese. Sony is so on board with backing us on that.”

Stahleski added that he’s traveled to Japan since age 16, and he has a fondness for the country, the people, and the language. The director also said he thinks a western audience would be willing to show up to a theater to read subtitles, given the recent success of international streaming content like Squid Game.

“And I think America in general, or at least the Western audiences in general are getting more and more used to that because of the influence of Netflix and streamers and stuff, where we get so much more of a world content… Will they show up in the theaters for that? I’m banking on yes, if everything else is there… Look, if I nail all the other bits, I think I can inspire you enough to get in the car and go to the theater.”

The Japanese language angle would make a ton of sense for Ghost of Tsushima, given the original game’s heavy influences from classic Akira Kurosawa samurai films. The game’s Kurosawa mode even allows players to experience the entire journey in black and white, as a nod to that classic era of cinema.

We first learned Stahleski would helm the Ghost of Tsushima movie last year, along with oversight from Peter Kang of Sucker Punch Productions. Stahleski is best-known for directing the John Wick franchise, including the upcoming John Wick: Chapter 4. Stahleski has said the movie production team is “working very closely with the game developers to make sure we stick to what’s great about it.”

The Ghost of Tsushima movie is set to adapt Jin Sakai’s story from the 2020 video game of the same name, which follows the samurai as he juggles his moral code with the need to do what is necessary to protect his home from Mongol invaders. Takashi Doscher is set to write the screenplay.