Harvard Professor wants to recover what he believes to be “alien technology” from ocean floor. Fucking go for it, brother! 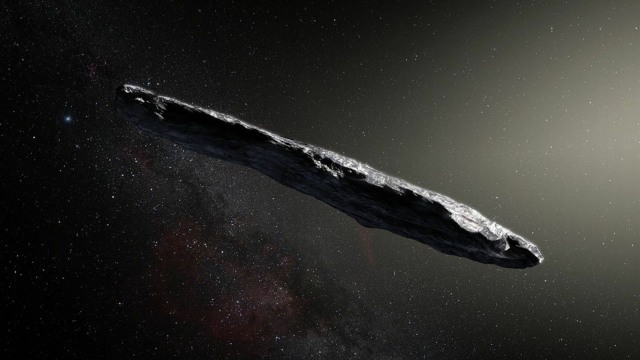 A Harvard University professor believes a meteorite that crashed into the Pacific Ocean in 2014 may be made of a material that one would expect to be in their favorite sci-fi movie. Avi Loeb — the longest serving chair of Harvard Universities Department of astronomy — is convinced that this object may be alien technology or a meteorite of unprecedented material strength. None of this is possible to confirm without physically studying the object, so the professor has planned an expedition to retrieve it that will cost over a million dollars in funding from private donors.

“This would be the first time that humans put their hands on the material that makes an object that came from another star.”

While the data now confirms that the object is of interstellar origin — the path to confirming this wasn’t immediate. Using data from government censors primarily used for national security as part of our missile defense system, Loeb and his student studied multiple meteors to see if any stood out.

“I found the catalog that the government compiled of meteorites that were detected by government sensors that our missile warning system. I asked my student to check if any of the meteors, the fastest moving meteors, could have arrived to Earth from outside the solar system,” he explained.

There was one in particular that sparked the interest of Loeb and his student, Amir Siraj. Based on the speed of the meteor and how much of the object burned upon entry, Loeb determined that it must be made of a material that is tougher than iron.

Despite the government releasing limited data due to national security concerns – he had discovered something groundbreaking. A paper he wrote with his student laid out what he believed to be true. But three years after writing his findings, a major development confirmed what he knew all along.

“After a few years, the release of a letter from the US Space Command in the Department of Defense stating explicitly that this meteor at the 99.999% confidence level came from outside the solar system.”

Armed with new evidence validating his findings, Loeb decided to take action and make moves to recover the object. He now has the task of finding an object that most likely fractured on impact, leaving fragments possibly the size of pennies lost at the bottom of the ocean. It’s a challenge that might seem insurmountable in the vast existence of the Pacific Ocean. But Loeb is confident they will recover what they are in search of.

“It’s a fishing expedition, literally speaking. And what we can do is basically take the trajectory of this meteor and extrapolate it all the way to the ocean’s surface.”

While narrowing down its location is one hurdle, Loeb still needs to physically retrieve it.

“We’re planning to board the ship and build a sled and a magnet attached to it that will scoop the ocean floor. And we will go back and forth, like mowing the lawns across the region, 10 kilometers in size and collect with the magnets, all the fragments that are attracted to it, and then brush them off and study their composition in the laboratory.”

While Loeb has raised half a million dollars he is still seeking the extra million that is needed to get a boat to the meteor explosion site off the coast of Papua New Guinea in order to retrieve the interstellar object. While raising the money and planning the trip which he hopes to begin in the coming months is no small task – Loeb is confident his findings will be the likes of which humanity has never seen.

“This would be the most important scientific discovery that humanity ever made? Because if you think about it, it will change our perspective about our place in the universe.”

With science in his corner. This professor is not intimidated by critics.

“It’s not a philosophical question whether we live in an environment where objects are flawed. Around that are representing extraterrestrial technologies. We just need to use our telescopes and find out. In fact, we are not even the first to say that. Galileo Galilei said that four centuries ago and he was put on house arrest. Today he would have been canceled on social media. Once I realized that we found an object from a technological origin that was produced elsewhere. I would not seek approval from anyone else. I don’t need likes on Twitter. I just want to know what it is.”