Archives
« ‘Moment of Contact’ Trailer: Oh shit, let’s learn about the Roswell of Brazil
Views From The Space-Ship: Hanging Out » 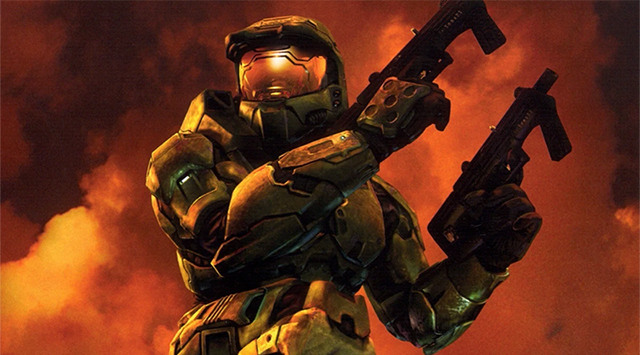 A gamer who clearly has more skills in his perineum than I have in my whole body has completed the Halo 2 LASO deathless challenge. In doing so, motherfucker has claimed a $20,000 bounty that was issued for accomplishing this feat. What an outrageous amount of money! But, context is king. To claim this momentous combination of bragging rights and cash, dude had to complete the game on legendary. With all skulls turned on. Without dying. Jesus Christ.

They said it was impossible and, for nearly two decades, that seemed to be the case. But last night, a streamer named Jervalin beat Halo 2’s “LASO deathless” challenge, earning a cool $20,000 in the process. Talk about finishing the fight.

Let’s rewind. Earlier this summer, the YouTuber Charles “Cr1tikal” White Jr. posted a $5,000 bounty to beat Halo 2 on the highest difficulty setting, with every bonus challenge modifier turned on, without dying. In the 18 years since Halo 2’s 2004 release on Xbox, no one had ever published evidence of completing the challenge. White’s challenge stipulates that the whole run is streamed, either on YouTube or Twitch. By July, no one had successfully stepped up to the plate, so last month, White tacked an extra $15,000 onto the bounty.

Most observers keeping tabs on the challenge had their money on Jervalin—a relatively private streamer who’s picked up a modest following for setting world records on a variety of Halo challenges—being the first person to complete it. Sure enough, late last night, he crossed the finish line. (Here’s the archived stream.)

Jervalin was remarkably chill for finishing what some people, including White Jr., have called the “hardest challenge in all of gaming,” addressing viewers in the even-handed tone you’d use while moving on to the next addendum in a mostly empty community board meeting.

“All right, chat,” he said. “I think we did it. I think we fucking did it. Imagine that. Two years ago, I said, ‘I think this is impossible.’ Imagine fucking that.”

Whether or not Halo 2’s “LASO deathless” challenge really is the “hardest … in gaming” is, of course, a subjective measure. But it’s definitely up there. You have to activate all of the game’s skulls, or gameplay modifiers that typically ramp up the difficulty. The Catch skull, for instance, makes enemies toss grenades more frequently. Famine, meanwhile, means enemies drop half the ammo they usually would. Mythic doubles the health of all enemies, while Angry increases the enemy’s fire rate. Blind removes your HUD. Assassins turns enemies invisible. (It’s not technically all skulls, however. For the challenge, Envy is left off, because that one grants you invisibility too, which does not make Halo 2 more difficult, for obvious reasons.) All together, when you turn every skull on and play on Legendary, the game’s highest difficulty setting, you more or less create a set of conditions that ensures you die instantly if you take any damage.

Jervalin had to rely on a few exploits to finish the challenge. To wit: He brought a banshee, a violet-colored aerial vehicle with a powerful cannon, into the final boss fight against Tartarus on the “Great Journey” level. That final fight takes place on a series of circumferential platforms hovering over an abyss. With pinpoint precision, he used the banshee’s cannon to send waves of foes careening off the edge as they spawn—before they get a chance to really even fight.

I’ve been covering the Halo community for a while now, and can’t recall a time where I’ve seen players pretty unanimous in an opinion, let alone a positive one. Sure, Halo Infinite, the latest game in the series, has its issues, which players are not shy about criticizing. But there remains a reverence among even the biggest names for Bungie’s original games from the mid-2000s, and the mind-bogglingly impressive feats players are able to pull off.

The run garnered praise from Halo streamers like Remy “Mint Blitz” and Luc “HiddenXperia.” Emanuel Lovejoy, the coach for Cloud 9, arguably the best professional Halo team on the planet right now, called Jervalin a “legend.” So did Spacestation Gaming’s UberNick. The Halo pro Kyle Elam noted how yesterday’s scrims—basically, matches between pro players that don’t count toward the official seasonal record—were put on pause so players could collectively watch Jervalin get it done. “Gonna need Jervalin to make a Twitter so we can actually @ this legend [clapping hands emoji],” Halo esports analyst and caster Alexander “Shyway” Hope said. It has been a genuine delight to witness such universal acclaim from all corners of the community.

But the most heartwarming moment—the sort of moment that proves this, not the toxicity that inhales so much oxygen out of the room, is what video games are all about—happened in the final seconds of the stream: Jervalin’s family runs into the stream, embracing him in an almost suffocatingly tight bear hug. $20,000 is nice. That’s nicer.