Archives
« NES and SNES designer retires after nearly 40 years with the company. What a fucking run.
Scientists identify new class of planet with massive oceans possibly home to alien life! »

Michael Caine says he once spent eight years trying not to blink. Absolute fucking madman, no? 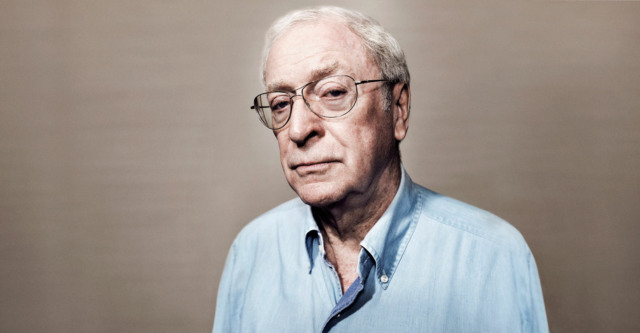 Apparently motherfucking Michael Caine spent eight years trying not to blink. With this news stuffed into my gullet, I’d like to think this project is why he was so gloriously fucking unhinged in On Deadly Ground. Maybe, maybe not. Either way, that movie is a fucking delight.

Michael Caine CBE, perhaps angling for a lucrative Visine sponsorship, has revealed that one of the secrets to his acting success is that he once spent eight years trying never to blink.

Prompted by an interview question we’re saddened hasn’t been recorded for posterity, Caine recently told The Mirror that he read a book called Teach Yourself Film Acting which gave him the idea that not opening and closing your eyes in accordance with nature’s whims is a solid acting technique. Caine says he put the book down thinking, “Don’t blink. You must never blink” and then proceeded to spend the “next eight years” of his life “[walking] around trying not to blink.”

He says the practice earned him the nickname “Snake Eyes,” which is probably cool enough to warrant a lifetime of red, sandy peepers, and also probably freaked the hell out of everyone he knew.

“People around me, my mother and everybody, thought I had gone nuts,” Caine says. “They thought I was a psychopath. I used to frighten the life out of people.” While Caine now allows himself to indulge in eye-moistening bodily functions in his regular life, he still “never blinks shooting a scene.”

The article points out that there’s precedent for this beyond the success enjoyed by Caine (who we’re tempted to refer to only as Snake Eyes going forward). Anthony Hopkins apparently used similar advice for The Silence Of The Lambs, saying that “if you don’t blink, you know you can keep the audience mesmerized.”

So there you have it. If you want to be a successful actor, the key is to identify one natural instinct that evolution commands your body to perform and then deny it to yourself in a way that makes those around you deeply uncomfortable.