Archives
« Study suggests Methane Plumes on Saturn’s moon Enceladus could be sign of alien life!
Valve’s Steam Deck handheld PC is dropping in December. Everyone wants in on that Switch hotness! »

‘The Witcher’ Season 2 is dropping December 17. Looks like I know how long I fucking got! 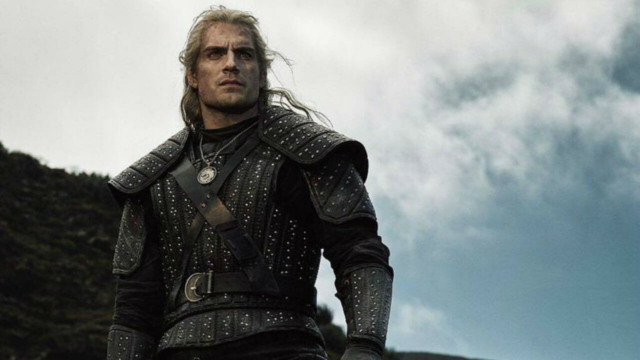 We finally got a date for The Witcher‘s second fucking season, and I finally got a deadline. Time to clear my ass, head, and chakras and hop to catching up on this shit. Lord knows, I’ve had enough fucking time.

Sharpen your swords and get your coins ready to toss: Geralt of Rivia (Henry Cavill) is finally back for The Witcher’s second season on December 17th, revealed at the inaugural online WitcherCon event hosted by Netflix and CD Projekt Red.

And while Netflix hasn’t revealed a full trailer yet, the company has shown off additional teases, including the episode titles and a preview of fan-favorite (and coin tossing) bard Jaskier’s new look for season 2.

Netflix’s Witcher shows are based directly on the novels and short stories by Polish writer Andrzej Sapkowski (not developer CD Projekt Red’s popular RPG games, which are original stories set after the books, although the show’s release did help boost a new wave of interest in the games).

Netflix’s The Witcher is a dark, funny, and faithful adaptation of the fantasy series
The second season of The Witcher is just one part of Netflix’s expanded plans for the franchise: in addition to the main show, there’s also The Witcher: Blood Origin, a six-part live-action prequel miniseries that will star Sophia Brown, Laurence O’Fuarain, and Michelle Yeoh. That series will focus on the original creation of the magically mutated Witchers and how the fantasy world that the story takes place in came about in the first place. Netflix is also working on The Witcher: Nightmare of the Wolf, an anime spinoff film that’s planned for release later in 2021 from Korean animation house Studio Mir.

It’s no wonder that Netflix is betting big on The Witcher: the show has been one of the streamer’s most popular original series and was Netflix’s most-watched season of television ever when it first debuted, although that title that has since been claimed by Regency-era romance Bridgerton. (That’s with the caveat that Netflix is extremely generous in what it considers a watch: anyone who viewed at least two minutes of an episode of the show.)