Archives
« ‘Black Panther: Wakanda Forever’ reportedly casts Tenoch Huerta as Namor. Let’s see how this goes
‘I Think You Should Leave With Tim Robinson’ Season 2 dropping July 6. This is so fucking good. » 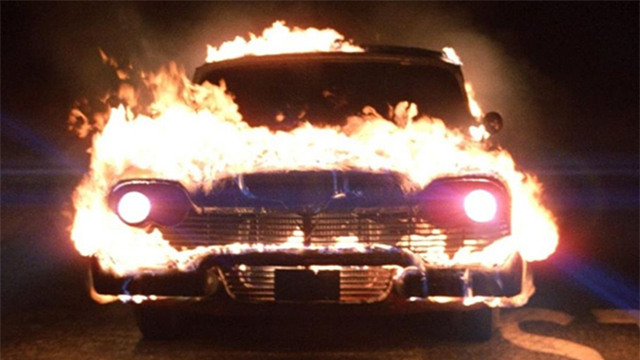 Everyone loves Bryan Fuller, and I don’t doubt that he’s awesome. But he’s stepping into the shoes of the GOAT John Carpenter with this next project. Dude is directing a new adaptation of Christine, and as I said. Good luck, buddy. Here’s legitimately hoping it’s awesome.

Stephen King‘s killer car Christine is coming back to life, with Deadline reporting today that Bryan Fuller (“Hannibal”) is directing a new take on the terror tale for Blumhouse & Sony!

Deadline reminds, “The 1983 original was directed by John Carpenter, about a shy teen (Arnie Cunningham) who comes out of his shell after he buys a ’58 Plymouth Fury to fix up. The car has a mind of its own, as well as a murderous past, and begins to change the young man and everyone around him in most dangerous fashion.”

The site also notes in their report this afternoon, “Fuller is getting under the hood with the intention to keep it in an ’80s time period and grounded in King’s bestseller.”