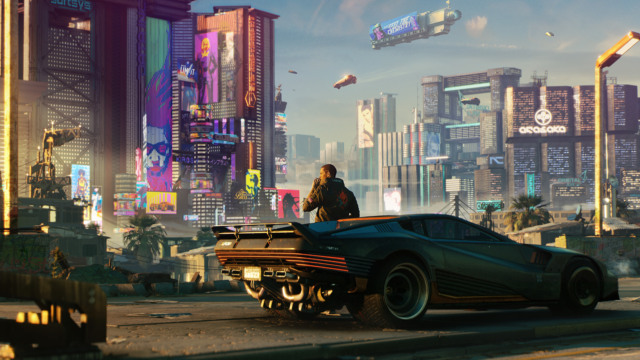 I have to fucking admit, I’m stunned that CD Projekt Red only refunded 30,000 copies of Cyberpunk 2077. Out of fucking 13,000,000! Now, there’s obviously an important fucking caveat. This tally does not include the amount of copies Sony refunded. However, it’s a pretty fucking shockingly small number given how many people absolutely deplored the game. In fact, those motherfuckers who shipped the broken-ass game had a pretty good year. They took in a cool $560 million in revenue. Not bad for the company behind the worst launch in gaming history, right?

Cyberpunk 2077’s disastrous launch led to very few refunds, according to CD Projekt Red CFO Piotr Nielubowicz, who shared details on the situation during an earnings call with investors. The dystopian cyberpunk RPG sold 13.7 million copies, but the developer only issued 30,000 refunds.

Players were also able to get refunds through Sony and Microsoft, which were not included in this tally. In December 2020, Sony not only offered full refunds for customers who purchased a digital copy, but they removed the game from the PlayStation Store. Cyberpunk 2077 has yet to return to the PlayStation store, despite patches that have fixed hundreds of bugs, with varying levels of success.

CD Projekt set up a “Help Me Refund” program to help dissatisfied customers, which cost approximately $2.17 million. Ninety-five percent of these refunds have been processed. Nielubowicz explained on the call that the final 5% of refunds are currently being processed, but are taking longer due to complications. “Please take into consideration that we are refunding people all over the world and working with different banking systems. It’s not an easy task,” he said.

CD Projekt Red has been forced to change track on Cyberpunk 2077 after the game’s launch, because of the game’s issues on Xbox One and PlayStation 4 consoles. In February, the developer had to contend with a cyber attack from hackers who claimed to have source code for Cyberpunk 2077, The Witcher 3, Gwent, and an unreleased version of Witcher 3. Patch 1.2 was delayed from February to March because of complications from the attack.

Despite these issues, the Polish developer enjoyed a profitable 2020, taking in over $560 million in revenue. Future updates for Cyberpunk 2077 are currently in development, including an online mode.