Archives
« ‘The Meg 2’ Director Ben Wheatley Wants to Make a ‘DOOM’ movie and Let Him You Fucking Cowards!
MIT Scientists Say Nearby Star May Be Dark Matter Factory. Cosmos, You Fucking Rule » 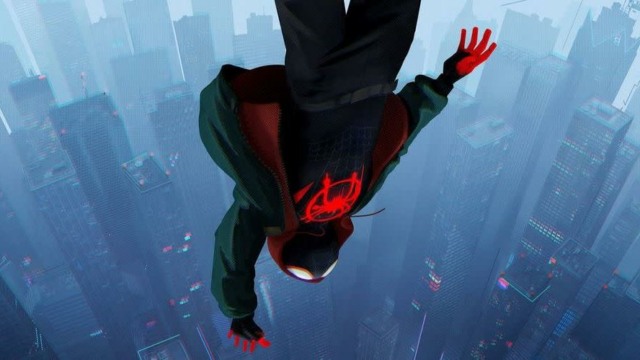 Objectively, Spider-Man: Into The Spider-Verse is the coolest comic book movie ever. So how the fuck do you follow up that movie? Man, it seems a thankless fucking task. But putting three insanely talented directors behind the project seems a solid first movie. The folks behind Avatar: The Last Airbender, Soul, and the production designer behind the first movie will be sharing the proverbial chair.

Sony Pictures Animation has webbed a trio of Spider-Man: Into the Spider-Verse sequel directors.

Way back in 2018, it was reported that Joaquim Dos Santos (Avatar: The Last Airbender) would be leading the charge behind the scenes on the new sequel, but a new report says he’ll be joined by Kemp Powers (Soul) and Spider-Man: Into the Spider-Verse production designer Justin K. Thompson.

Variety brings word that Thompson, Powers, and Dos Santos are all directing the still-untitled Into the Spider-Verse sequel, noting that the three men “have been working together on the project from the start.” That means the producers had an especially good eye for talent, since they hired Powers years before he blew up in 2020 with the one-two punch of One Night in Miami and Soul. This will be the feature directing debut for Dos Santos, who has lots of experience directing animated television shows like Justice League Unlimited, Avatar: The Last Airbender, and The Legend of Korra. It will be the first directing credit of any kind for Thompson, who has been the production designer of both Cloudy with a Chance of Meatballs movies and the first Spider-Verse, where his contributions were publicly called out by that movie’s directors multiple times.

“The crew behind the Spider-Man: Into the Spider-Verse set such a ridiculously high bar, and we’re humbled to take on the challenge of charting the next chapter in the story of Miles Morales,” the trio said in a statement. The first film was a visual and emotional stunner that changed what Hollywood thought was possible in mainstream animation and won the Oscar for Best Animated Feature Film.

Phil Lord, Chris Miller, Amy Pascal, Avi Arad, and Christina Steinberg will be back to produce the sequel, while one of the original directors, Peter Ramsey, will serve as an executive producer this time. Lord and Miller are now officially co-writing the script with Dave Callaham (The Expendables, Shang-Chi and the Legend of the Ten Rings).

“We are so lucky to have Joaquim, Justin and Kemp on the ‘Spider-Verse’ team,” Lord and Miller said in a statement. “We are huge fans of Joaquim’s work — he makes his characters so heartfelt and unique, and he can tell an emotional story with an action sequence the way a musical does through a song. Justin is a maverick filmmaker who relentlessly pursues visual innovation and surprise but always in support of the emotional storytelling. Kemp’s work is incisive and ambitious and funny — with a writer’s wisdom and a director’s heart — he just knows what matters in every scene. All three of them elevate every project they take on, and they are certainly raising our game. We honestly just like them and want to be their friends and we’re hoping working on this movie together for the next few years will totally make that happen.”

Spider-Man: Into the Spider-Verse 2 is slated to hit theaters on October 7, 2022.