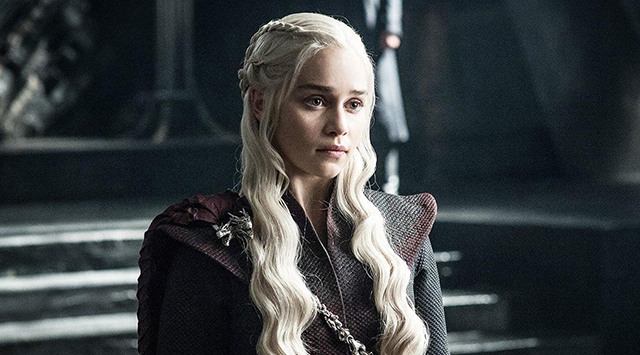 Jesus fucking Christ, I completely forgot there was a Secret Invasion series coming to Disney Plus. But there is such a series and Emilia Clarke is joining its cast! Man, just too much fucking content. Way too much. The trough is full. My belly is distended. Yet I keep eating it! Like the pig I am.

Marvel’s upcoming Secret Invasion is heating up, with Game of Thrones star Emilia Clarke in talks to join the Disney+ series.

Marvel Studios could not be reached for comment on the casting, which was first reported by Variety.

In the comics, Secret Invasion revealed that Skrulls had infiltrated human society, and that some of Earth’s superheroes had been replaced by Skrulls years earlier.

Clarke, who earned four Emmy nominations for her Game of Thrones work as Daenerys Targaryen, is the latest Thrones alum to join the Marvel Cinematic Universe. Both Richard Madden and Kit Harington have roles in the upcoming Eternals film.

The casting comes as Marvel prepares to unveil Friday’s finale of The Falcon and the Winter Soldier, its second Disney+ series following WandaVision. It has Loki launching June 11 on Disney+ and Black Widow hitting theaters and Disney+ July 9.

Clarke already has experience in the Disney family with her work in Solo: A Star Wars Story. She last appeared in a leading role in 2019’s Last Christmas. Clarke is repped by CAA, Emptage Hallett and Range Media Partners.