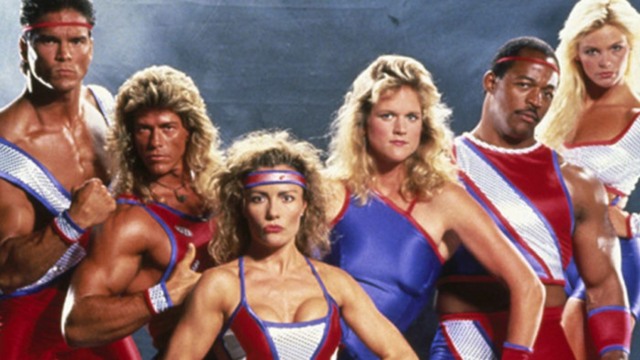 ESPN has released some of the best sports documentaries out there with their ongoing 30 for 30 series. Last year, they tackled Bruce Lee with Be Water, the home run battle between Mark McGwire and Sammy Sosa in Long Gone Summer, and the career and controversy stirred up by cyclist Lance Armstrong in Lance. But soon they’ll dig into a cross-section of pop culture and sports that was a huge hit back in the 1990s.

American Gladiators, the hit athletic competition series that ran from 1989 through 1996, will be the subject of a new 30 for 30 documentary from Vice Studios, ESPN Films, and director Ben Berman, who was at the helm of The Amazing Jonathan Documentary from 2019.

Deadline has news on the American Gladiators documentary that’s currently in the works for ESPN’s 30 for 30 series. The film doesn’t currently have a title, but it will chronicle the history of the series and catch up with many of the former gladiators who gave the show’s competitors a run for their money. American Gladiators creator Johnny Ferraro will also be part of the project.

The original American Gladiators is a staple of 1990s television. Each episode found four contenders, two men and two women, pitted against the muscular and magnificent gladiators with names like Nitro, Laser, Diamond, Viper, Turbo, Blaze, and Lace. The gladiators were the epitome of body building excellence, and in a variety of physical competitions, they tried to stop the contenders from achieving victory, which included a cash prize and sometimes even a new car. Events included tug of war on tilting platform, joust battles on high-rise platforms, a rock-climbing wall with gladiators trying to pull contenders down, and an intense obstacle course known as The Eliminator.

Digging into the history of American Gladiators should be a fascinating venture, especially if we get to see what some of the gladiators are up to today. It’s not clear if this documentary will also touch upon the reboot from 2008, but since that iteration of the series was short-lived and nowhere near as successful, we wouldn’t be surprised if only the original American Gladiators was featured. Speaking of reboots, whatever happened to the new version of American Gladiators that Seth Rogen and Evan Goldberg were working on?