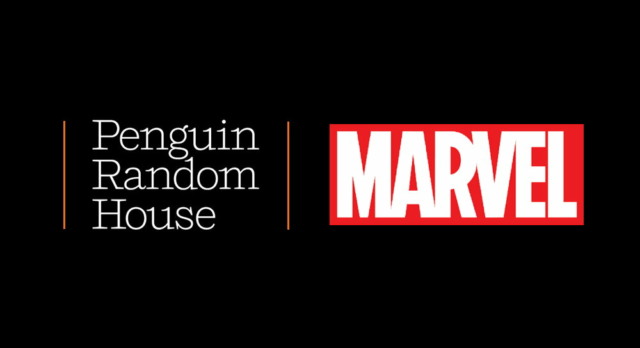 Remember last year when DC punted on Diamond Comics? And it was a big, honkin’ deal? Well, now Marvel has joined in the madness. The House of Ideas has signed an exclusive, multi-year contract with Penguin Random House to handle its direct market distribution. I am not a smart man, so I really don’t know the ramifications of this switch. Someone educate me.

After decades of Diamond Comics serving as the exclusive distributor of Marvel’s comics to the direct market, the House of Ideas is moving on to greener, slightly less monopolistic pastures in a move that might signal a larger industry shift.

In a press release today, Marvel announced plans to partner with Penguin Random House to bring new comics to the direct market beginning this October. Diamond first became Marvel’s exclusive distributor back in 1997 following Marvel’s failed attempt years before at bringing all of its distribution in-house by buying Heroes World Distribution. In response to Marvel’s initial go at independence back in the mid-‘90s, Diamond gobbled up as many contracts as it could with smaller distributors like Capital City Distribution and turned itself into the only other player on the board. By the time Marvel was looking at bankruptcy in the late-‘90s, the company basically had no choice but to work with Diamond and did so for almost 25 years. Now, though, that’s all changing.

“After a thorough analysis of the market environment, Marvel has chosen Penguin Random House Publisher Services (PRHPS) as its distribution partner to create a sustainable, productive supply chain and enhanced infrastructure for Marvel publications that will benefit comics retailers and fans alike for years to come,” Marvel stated plainly in its announcement. “Penguin Random House is known for its state-of-the-art multi-ranging services that enable independent booksellers to increase efficiency and profitability.”

Marvel’s move comes months after longtime competitor DC Comics made a similar pivot away from Diamond last year as the comics industry was rocked by the covid-19 pandemic. In response to the unexpected challenges presented by the early days of the pandemic last year, comic book publishing companies and distributors like Diamond alike were forced to find ways to keep things running at a time when comic book stores themselves were shuttering across the country.

In response to Marvel’s announcement, Diamond CEO Steve Geppi expressed his fond memories of the relationship his company’s had with the comics giant, and emphasized that while Diamond will no longer distribute Marvel’s comics, it will continue to move other items for them.

“The change Marvel announced today represents a behind-the-scenes shift in how Diamond interacts with Marvel for certain products, but does not impact our ability to supply our customers with Marvel comics, trades, and graphic novels,” Geppi told Newsarama. “I expect the discount terms under which our retail partners order these Marvel products to change, and Diamond will communicate that information to our customers well in advance of any adjustments.”

Geppi’s insistence that everything’s fine could be honest, but his warning of discounts shifting suggests that Diamond may see Marvel’s move as an adversarial one meant to impact its bottom line. As Newsarama also points out, the only way Diamond will be able to sell Marvel’s books—you know, the thing they’re known for—is to buy them as a wholesaler from Penguin Random House and then distributing them to comics stores that have established relationships with Diamond. That may be something that Diamond can do, but with Marvel taking matters into its own hands and presumably offering to move product to the direct market without Diamond’s involvement, one has to imagine that store owners are looking forward and contemplating whether the time to switch things up a bit more has come.