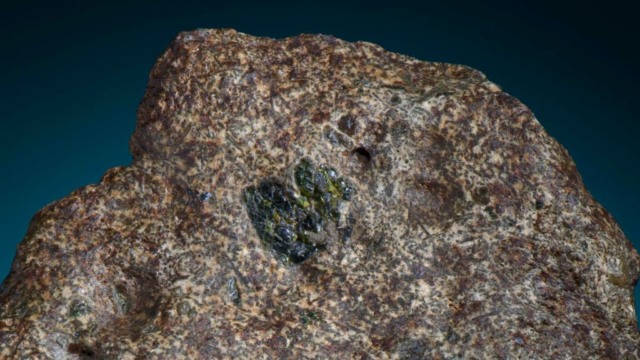 Ancient Planet
According to a new analysis, ScienceAlert reports, a meteorite found last year in Algeria is actually older than the Earth itself.

Instead, an international team of scientists behind the research say, it appears to be a remnant of an ancient protoplanet — making the space rock an extraordinary curiosity that could offer unprecedented insights into the early years of our solar system.

Stuffed Crust
ScienceAlert reports that the rock asteroid was quickly identified as unusual after its discovery in the Erg Check sand sea last May, since unlike most meteorites, it had clearly been formed by a volcano — a suggestion that it had originated as part of a planet’s crust.

But as described in a new paper published in the Proceedings of the National Academy of Sciences, an analysis of radioactive decay of the sample’s isotopes now shows that it formed around 4.566 billion years ago. That’s a bit longer than the Earth has been around, meaning that it’s likely part of a different — and probably now long-gone — world.

It’s not immediately clear what protoplanet the asteroid might have originated from.

But since it’s now the oldest magmatic rock ever identified, the researchers wrote in their paper, it’s almost certain to be an object of intense further analysis. And what scientists find by studying the ancient shard could shed new light on the history of our star system.