Fossils of a Car-Sized Turtle were found in South America. Nature is fucking wild, dudes. 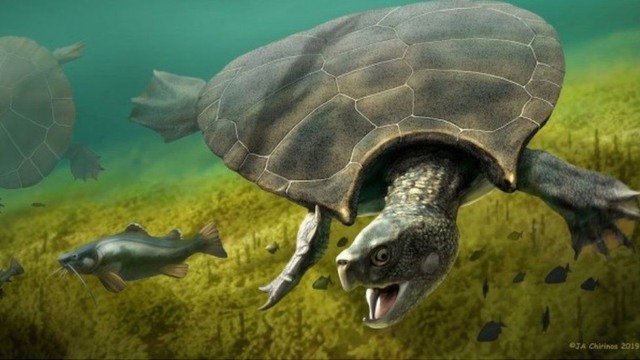 Okay, so this isn’t new news. It’s actually from last year. But, I just came across this shit this week, and I figured maybe it’s new to you as well. The fossils of a motherfucking car-sized turtle were found in South America, and the fucker dates back to between 13 and 7 million years ago. I say goddamn! Like, shit was absolutely popping off on this planet while this fucker roamed the Earth. Goddamn enormous beasts. It’s amazing.

Hit the jump to check out the fossils and for more details.

Fossils of a turtle the size of a car have been unearthed in what is now northern South America.

The turtle – Stupendemys geographicus – is believed to have roamed the region between 13 and 7 million years ago.

The fossils were found in Colombia’s Tatacoa Desert and Venezuela’s Urumaco region.

The first Stupendemys fossils were discovered in the 1970s but many mysteries have remained about the 4-metre long animal.

It was about the size and weight of a saloon car and inhabited a huge wetland across northern South America before the Amazon and Orinoco rivers were formed.

The male had forward pointing horns either side of its shell. Deep scars found in the fossils indicate that the horns were probably used like lances to fight rivals.

Researchers say they’ve found a 3-metre long shell and a lower jaw bone which has given them more clues about its diet.

They think the giant turtle lived at the bottom of lakes and rivers alongside giant crocodile eating a diverse diet of small animals, vegetation, fruit and seeds.

Stupendemys’s large size was crucial in defending itself from other large predators. One of the Stupendemys fossils was found with a giant crocodile tooth embedded in it. 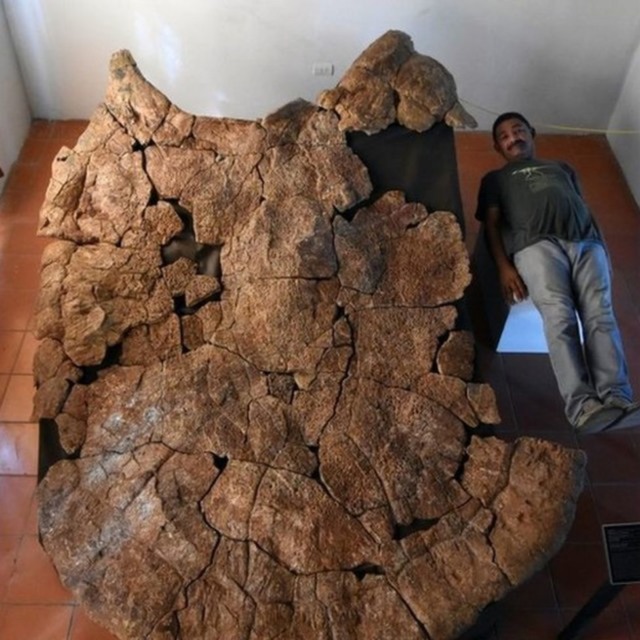