Archives
« Spike Lee is producing Lovecraftian movie ‘Gordon Hemingway & The Realm of Cthulhu’ for Netflix. Sign me the fuck up!
‘Mission: Impossible 7’ and ‘A Quiet Place 2’ will be streaming only 45 days after release on Paramount Plus. Everybody got their pandemic streaming swagger! »

‘Spider-Man 3’ is officially titled ‘Spider-Man: No Way Home’ and it’s dropping this Christmas. Webtacular or some shit! 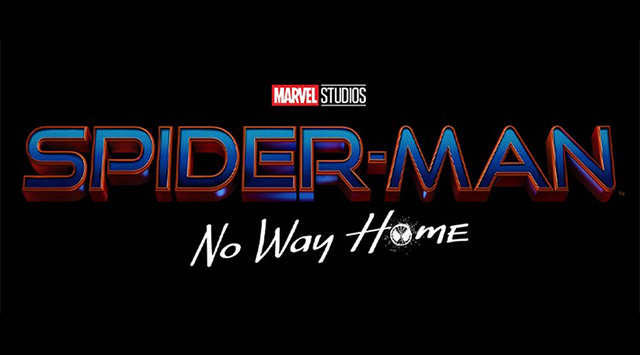 I’m fucking stoked for Spider-Man 3, and now it’s finally got an official fucking title. After countless feints, we now know it’s called Spider-Man: No Way Home. As well, the motherfucker is dropping this Christmas. Which comes as a surprise to me, but maybe I’m clueless. None the less, stoked!

Check the teaser after the jump!

After a confusing tease last night from Spider-Man franchise cast members Tom Holland, Jacob Batalon, and Zendaya, the title for Peter Parker’s next big screen adventure has been revealed. Spider-Man: No Way Home is the official title for the next webslinging collaboration between Marvel Studios and Sony Pictures.

Spider-Man: No Way Home is a decent enough title, especially since Spider-Man: Far From Home set up a struggle for the wallcrawler when J. Jonah Jameson (J.K. Simmons) revealed Peter Parker to be the secret identity of Spider-Man, thanks to the machinations of Mysterio:

Though No Way Home certainly hints at the hurdles Peter will face as he’ll likely be on the run as a fugitive, we can’t help but think that No Place Like Home might have been a better title. Then again, Disney and Sony probably don’t want to reference an iconic line from a classic movie produced by a competing studio.

The title may also be hinting at Peter Parker’s eventual entry into the Multiverse. There have been rumors of previous Spider-Man franchise stars Tobey Maguire and Andrew Garfield, not to mention some of their fellow co-stars, having supporting roles in Spider-Man: No Way Home. We’re not sure if this is because Peter is trying to find a new universe to hide in, perhaps with the help of Doctor Strange (Benedict Cumberbatch), or that he inadvertently gets lost in the Multiverse, but it’s an exciting prospect either way.

Also looming in the background of Spider-Man’s upcoming adventure is what’s happening on WandaVision. Since we know Wanda Maximoff (Elizabeth Olsen) plays a key role in Doctor Strange in the Multiverse of Madness, we wouldn’t be surprised if the conclusion of Marvel’s series on Disney+ has some kind of impact on what will be happening in Spider-Man: No Way Home. Could we see Wanda popping up in the Spider-Man sequel somehow?

Tom Holland recently said that the script for Spider-Man: No Way Home was being figured out as production moved along, which is a little bit concerning. We’re hoping that maybe it’s just an excuse to keep secrets from Tom Holland instead of director Jon Watts merely flying by the seat of his pants for the sequel. That’s not to say that similar tactics haven’t worked on major blockbusters before, such as the recent sequels in the Mission: Impossible franchise, but it can also be risky.

Spider-Man: No Way Home is currently slated to hit theaters on December 17, 2021.

This, we can confirm. #SpiderManNoWayHome only in movie theaters this Christmas. pic.twitter.com/kCeI8Vgkdm