Archives
« Fellas, we ain’t streaming tonight! See you Wednesday!
Robert Rodriguez says ‘From Dusk Till Dawn’ animated series in the works. Hey man, let’s do it » 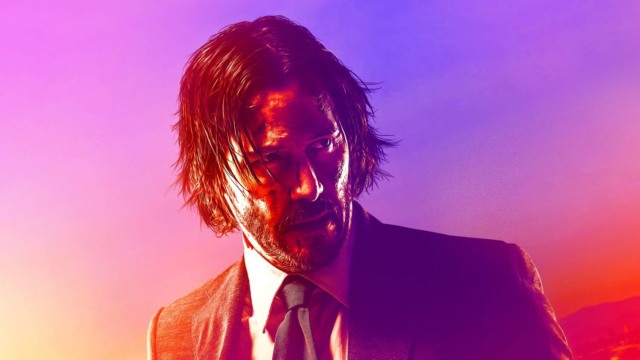 I love me some John Wick, and I have an appreciation and interest in Dungeons & Dragons. Which means the idea of the Wick creator bringing D&D to TV is, at the least, very intriguing to me.

The man behind John Wick is apparently setting his sights on the Dungeons and Dragons universe by way of an RPG-focused television show. According to The Hollywood Reporter, Derek Kolstad, the writer behind the John Wick franchise, is working on a live-action series based on the pen-and-paper role playing game.

A Dungeons and Dragons movie is already in the works, with Chris Pine attached the long-gestating script as of late last year. But anyone who’s owned a set of Chessex dice (or six) knows there’s more than enough lore out there for multiple Dungeons and Dragons-based projects.

Interestingly, it seems that there’s actually a fairly crowded field of folks trying to get Dungeons projects to the finish line, thanks to a boost in popularity from folks spending their quarantines role playing.

Launched in 1974, the tabletop RPG gained popularity in the 1980s. Its garnered renewed interest in recent years and, in fact, has soared anew during the pandemic and found a new generation of fans thanks to gameplay live streams on Twitch and YouTube. In an earning call in October, Hasbro CEO Brian Goldner said sales had mushroomed 20 percent from 2019. Goldner also revealed that a TV series was being considered.

Paramount and eOne are also mounting a feature set to star Chris Pine that is due to lens later this year. And Kolstad isn’t the only scribe working on a D&D series, as eOne is now working with multiple writers to develop various projects set in the fantasy universe.

Given the success we’ve seen when it comes to RPGs being adapted to television shows — The Witcher, for one — it’s no surprise that’s a route a story in the Dungeons and Dragons universe would head. And a John Wick-style RPG sure sounds like a mess of fun. We’ll have to wait and see what star power gets behind Kolstad’s script, but all of this is certainly good news for wizards and Wick fans alike.