Robert Rodriguez says ‘From Dusk Till Dawn’ animated series in the works. Hey man, let’s do it 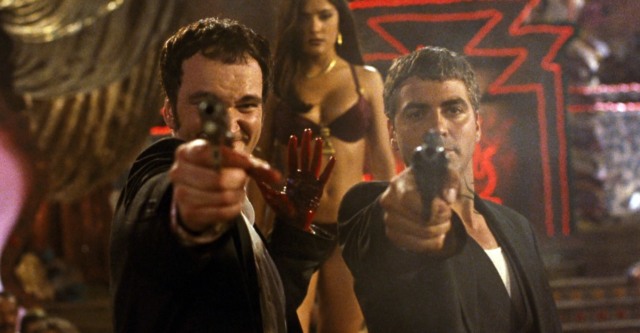 If Robert Rodriguez wants to do a fucking From Dusk Till Dawn animated series, who am I to judge? That said, I’m going to fucking judge none the less. My verdict? Cautious optimism. I dig animated shows, and fuck, it’s Rodriguez himself leading the project. Why not be stoked now? Can always be let down later. Excitement gets the tits hard, and we all want hard tits. I mean, no?

For people who were amped about the indie film boom of the 1990s, From Dusk Till Dawn represented an exciting new development in the careers of Quentin Tarantino and Robert Rodriguez. Years before the failed 2007 experiment that was Grindhouse, the two indie wunderkinds teamed up to make a unique B-movie that shifted from a straightforward crime thriller into an all-out vampire horror film.

Now, 25 years later, Rodriguez says that a From Dusk Till Dawn animated series is in development. Read his quote below.

In an interview with SFX Magazine (via GeekTyrant), Rodriguez spoke briefly about the origins of From Dusk Till Dawn: The Series, a live-action show that aired from 2014-2016.

“I had a television network here,” he explained, “and I needed to create programming, so Quentin [Tarantino] and I still control the rights to it. So I went, ‘Oh, wow, I’d love to expand the story of Santánico Pandemonium, and the whole Aztec vampire lore for my network’…it was an original series for my television network, action television network called El Rey, which is, you know, the place they’re trying to get to at the end of Dusk till Dawn so it fits perfectly [laughs]. That was originally why we did it, so we did three seasons of that. And now we’re looking towards, we’re developing an animated Dusk till Dawn. You’re the first person to hear that!”

I have not seen any of that live-action show, but from what I can gather, it essentially retold the events of the original film. But the speculation is that this animated series would further expand the story and the universe, which has appeared in not only that original movie, but multiple film sequels as well the live-action show and a video game.