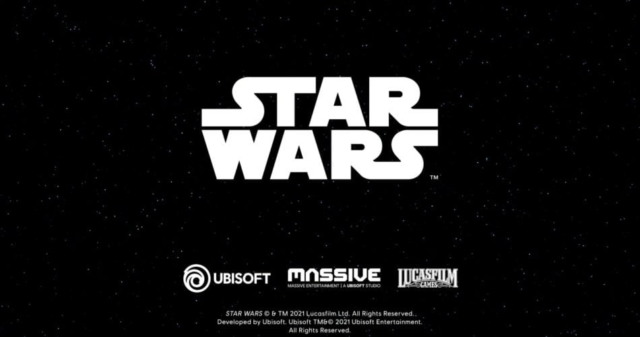 Star Wars video game news continues to bubble up, my friends! The latest? An open-world game coming from the developers of The Division franchise. As a fan of those games, this all quality news to me, so long as this motherfucker is primarily a single-player based experience.

The studio behind The Division is making a game set in a galaxy far, far away, according to a report from Wired. Today, Ubisoft announced that its Swedish studio Massive Entertainment is making an open-world video game that’s set in the Star Wars universe.

There are no details on when the game will launch, on what platforms, or what slice of the Star Wars universe it will explore. The game will be built using Ubisoft’s own Snowdrop engine, which is best known as the tech behind The Division series.

Earlier this week, Disney rebranded its game division to Lucasfilm Games for what it described as “a new era.” Since then, the company announced not only Ubisoft’s Star Wars game, but also an Indiana Jones title from Bethesda studio MachineGames.

Previously, EA was the main developer behind blockbuster Star Wars titles, which resulted in games like the Battlefront reboots, open-world adventure Jedi: Fallen Order, and last year’s space combat game Squadrons. Disney says that relationship will continue even as other developers work on Star Wars games as well.

“We’re really proud of the games we have created with EA,” Lucasfilm Games VP Douglas Reilly says. “We will continue working with them and our relationship has never been stronger. While we may not have a lot of details to share at the moment, we’ve got a number of projects underway with the talented teams at EA.”