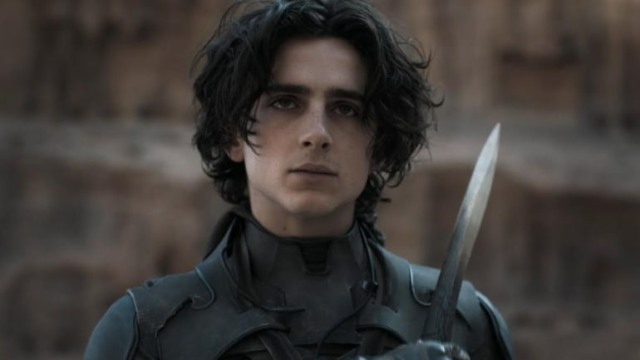 Jesus fucking Christ, is this ever a testament to the times. Warner Bros. is debuting its entire 2021 movie slate, including Dune and The Matrix 4, on HBO Max the same day they drop in theaters. What a goddamn glorious development, no? Like, I’ll happily see these fuckers in theaters if the vaccine is available. But, if it ain’t? HBO Max, baby!

The film industry has just been hit with one of the biggest shakeups in recent history. Warner Bros., one of the biggest studios in Hollywood, is heading to streaming. The studio announced on Thursday that its entire 2021 film slate will be heading for a premiere on the HBO Max streaming service. The move comes in the wake of theaters remaining closed and/or producing small box office numbers throughout the coronavirus pandemic.

Every WB movie set to hit theaters in 2021 will be following the release model of Wonder Woman 1984. They will still be released in whatever theaters are open, but they will also debut on HBO Max the same day. This includes The Suicide Squad, The Matrix 4, Dune, The Many Saints of Newark, In the Heights, Space Jam: A New Legacy, Mortal Kombat, and Godzilla vs. Kong.

Warner Bros. is stressing that this arrangement will not be permanent. Only 2021 films are a part of this plan, which is in direct response to the ongoing pandemic. There are no plans to continue this wave in 2022, at least for now.

“We’re living in unprecedented times which call for creative solutions, including this new initiative for the Warner Bros. Pictures Group,” WarnerMedia chair and CEO Ann Sarnoff said in a statement. “No one wants films back on the big screen more than we do. We know new content is the lifeblood of theatrical exhibition, but we have to balance this with the reality that most theaters in the U.S. will likely operate at reduced capacity throughout 2021.”