Archives
« Tonight! 9pm! Join us for a fucking tryptophantastic stream!
No stream tonight! Back on Saturday! »

Darth Vader actor David Prowse has died at the age of 85. Fucking 2020, man 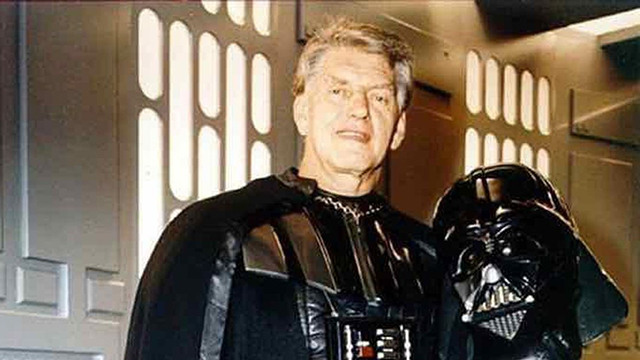 David Prowse has sloughed the mortal coil, as 2020 continues to swing its scythe. The legend behind Darth Vader has died at the age of 85. Most bogus.

David Prowse, the actor who played Darth Vader in the original Star Wars films, has died, the Associated Press reported. He was 85.

George Lucas asked Prowse to audition for Star Wars after seeing the 6-foot-6 actor in the 1971 Stanley Kubrick film A Clockwork Orange. Prowse had his choice of playing Chewbacca or Vader, and opted for the latter because, as he told the BBC, “you always remember the bad guy.” Plus, he added, he didn’t fancy wearing Chewbacca’s fur suit.

Prowse played Luke Skywalker’s erstwhile father in Star Wars, The Empire Strikes Back, and Return of the Jedi, but famously, his voice didn’t make it into the films. He said all Vader’s lines, but the voice of James Earl Jones was later dubbed in.