Archives
« A copy of ‘Super Mario Bros. 3’ just sold for $156,000. That’s a lot of fucking Junior Bacon Cheeseburgers!
‘The Expanse’ has been renewed for a sixth and final season. Here’s hoping they close it out well! » 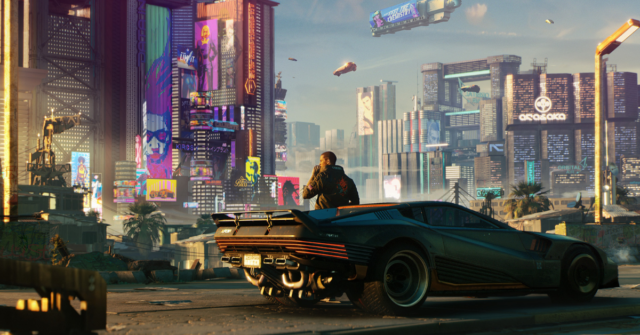 I was fearful that Cyberpunk 2077 wasn’t going to be long. And boy, does it appear those fears were unfounded. The motherfucker is clocking in at over 175 hours. Which is goddamn glorious, especially since it drops the last day of the semester for me.

A Cyberpunk 2077 developer has pumped more than 175 hours into the upcoming RPG on the highest difficulty and has yet to finish the game.

CD Projekt Red’s lead QA tester, Lukasz Babiel, revealed that he has spent over 175 hours playing Cyberpunk 2077 and has yet to see the credits roll on the massive title.

When asked by a curious fan if that huge amount of playtime is necessary for all players hoping to complete the game, Babiel replied:

“Not really, that’s just one of my ongoing slow-paced playthroughs on the hardest difficulty where I play more stealthy than usual, loot everything, use every feature the game has to offer, I take my time.”

No doubt that will be good news for players hoping to sink as much time in the futuristic dystopia of Night City as they did into CD Projekt Red’s last game, The Witcher 3.

We know, at this point, that the developer is adept at creating games that players can sink an inordinate amount of time into, and it looks like Cyberpunk 2077 is going to be no different.

Earlier today, we reported that Cyberpunk 2077 is already in the hands of some players around the world, but it’s reassuring to know that they may not reach the end-game before the game’s launch – even though that’s still almost three weeks away.