Archives
« Weekend Open Bar: What’s Mine Is Yours
Jupiter’s moon Europa glows in the dark which is about as fucking rad as it gets! » 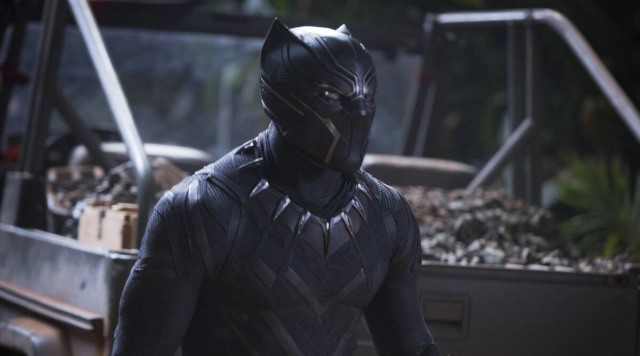 The capitalism juggernaut must ramble on, friends. Which means that Black Panther 2 will get made, and it’s going to begin filming in July of 2021. Ryan Coogler has the unenviable task of continuing on, in the wake of Chadwick Boseman’s passing. That said, I’m glad its that dude who is in charge of the production. How the fuck they going to address it all? Not sure. However, I think it makes sense to have Shuri take upon her brother’s mantle. I mean, right?

In the wake of Black Panther star Chadwick Boseman‘s surprising and tragic death, we assumed that Marvel Studios and director Ryan Coogler would put the planned Black Panther 2 on the back burner while they grieved and figured out the best way to move forward with the sequel to the billion dollar hit.

But apparently they’ve already figured things out – or at least to such a degree that a production start date has already been set. A new report says that Black Panther 2 will begin filming in July 2021, just four months after its initial planned production start. And not only that, but the movie has also found an actor to play one of its villains.

The Hollywood Reporter’s Heat Vision blog reports that Black Panther 2 will go before cameras in Atlanta in July 2021, and the shoot is expected to last for “upwards of six months.” That’s a very long time, even for an ultra-sized superhero blockbuster like this. (For comparison’s sake, the original Black Panther filmed for less than four months.)

Meanwhile, Mexican actor Tenoch Huerta, who has appeared in Cary Fukunaga’s Sin Nombre, Sam Mendes’ Bond film Spectre, and who plays Rafael Caro Quintero on the Netflix series Narcos: Mexico, has been cast in a key role. THR says he’ll play one of the film’s antagonists, but there’s no word yet about who exactly that might be. In Avengers: Endgame, there was a reference to earthquakes happening below sea level, leading many to wonder if that was laying the groundwork for Namor the Sub-Mariner to possibly appear in Black Panther 2. To be clear, we have no idea if that will actually play out, but since we have nothing else to go on, wildly speculating that Huerta could be playing an undersea dweller is the best we can do at the moment.

Unfortunately, this new report does not provide the answer to the question everyone has about Black Panther 2: how the heck is Marvel going to move forward with this franchise without its star? We know they’re not going to use a CGI Boseman to create a full performance (thank God) and there have been some rumblings that Letitia Wright’s Shuri may take a larger role in the story, but that still doesn’t address how the characters will react to T’Challa’s absence or how that absence will be addressed in the story. Will they kill the character off screen? That feels a little harsh, but in retrospect, I would have much rather seen Lucasfilm take that approach with Carrie Fisher’s General Leia in Star Wars: The Rise of Skywalker than try to build a narrative around a few stray lines and footage from deleted scenes. Perhaps the most likely solution is to recast the character entirely, a choice that is full of its own challenges.

We’ll let you know as soon as we learn more about Marvel’s approach to this sequel.