Archives
« Clive Barker has joined on as executive producer of that ‘Hellraiser’ series on HBO and now I’m fucking excited
‘The Witcher’ Season 2 Teaser Footage: Meet the monsters Geralt’s gonna fuck up! » 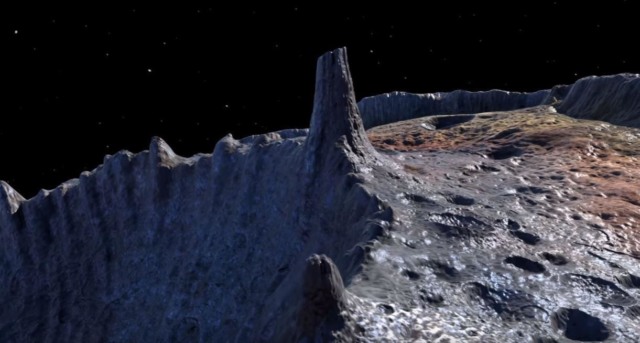 Motherfucker, the asteroid Psyche is worth a pretty penny. Specifically? $10,000 quadrillion. Like, legitimately. Let me just bite into that pig, spit out whatever I get, and flip it for some cash. The PS5’s headset ain’t gonna pay for itself, and the asteroid can spare it.

Psyche is a unique asteroid that orbits the Sun between Mars and Jupiter. According to new observations of the 140-mile diameter rock made using the Hubble Space Telescope, the asteroid may consist mostly of iron and nickel that would be worth about $10,000 quadrillion. (Of course having that much of the metals readily available on Earth would drive down the value.) NASA’s Jet Propulsion Laboratory and Arizona State University plan to send a robotic probe to the planet in 2022. From CNN:

The study includes the first ultraviolet observations of Psyche, furthering our understanding of its surface and its possible composition.”We looked at the way that the ultraviolet light reflected off of the asteroid surface,” Tracy Becker told CNN.

She is the lead author of the study and a planetary scientist at the Southwest Research Institute.

“The way the ultraviolet light was reflected from Psyche was very, very similar to the way iron reflects sunlight,” she explained.

Studying Psyche could help us better understand those early times in the history of our solar system, when objects would have had “higher inclinations and crazier eccentricities,” and would have had more opportunities to collide with each other, Becker told CNN.

If Psyche is the metal core of a planet that never was, studying it more closely could tell us a lot about the core of our planet, which we wouldn’t be able to explore, Becker said.